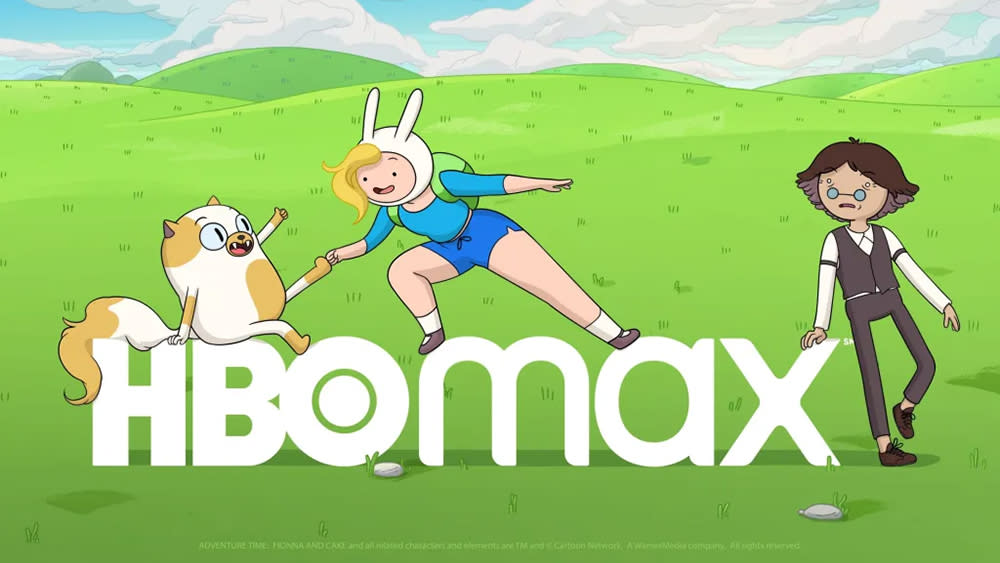 The biggest news was an exclusive, multi-year global studio-to-studio deal signed between Cartoon Network Studios and Warner Bros. Animation and the creator of “Primal” Genndy Tartakovsky.

In other news, Brian Cox, Miranda Otto, Gaia Wise and Luke Pasqualino are among the main cast members in New Line Cinema and the upcoming Warner Bros. animated film. Animation “Lord of the Rings: War of the Rohirrim”.

However, a 75-minute three-studio focus had many more highlights, including the unexpected announcement of a new “Wacky Races” stop-motion reboot in development at Hanna-Barbera.

Cartoon Network Studios has unveiled new first-look images from ‘Adventure Time: Fionna and Cake’ while, for Hanna-Barbera, creator Ben Bocquelet’s teased updates on ‘Gumball’ projects, both a movie and then a new television series.

Packed and fast-paced, the Focus showed each studio playing to its strengths and cultures, Genndy Tartakovsky – who sat on an early panel flanked by CNS Nicole Rivera, VP, Development, and Sammy Perlmutter, VP, longform and specials – is a icon of CNS’ desire to prioritize the production of original ideas, working with offbeat and more avant-garde artists.

After “Primal,” a dialogue-less and devastatingly brutal tale set in prehistoric times, Tartakovsky unveiled a sneak peek of his new “Unicorn: Warriors Eternal” series on Tuesday.

It could hardly be more different in many ways from “Primal,” weighing like a supernatural fantasy, set in a steampunk city, filled with stacks of factories and Victorian architecture, but drawn in soft-toned 2D textures.

WBA, on the other hand, draws from its library of iconic fictional characters to create shows and features to appeal to the full spectrum of audience demos, from preschoolers to adults, sometimes featuring the same character.

Annecy’s Studio Focus was an example of this, Audrey Diehl WBA SVP, Series introduced Annecy audiences to the preschool series “Batwheels”, while “Merry Little Batman” is an animated family action comedy and “Batman : Caped Crusader,” from executive producers Bruce Timm, JJ Abrams, and Matt Reeves, looks like a very old lighting design image on display in Annecy to look much older in its dark, stylized blackish tones. Peter Girardi, WBA Animation EVP, Alternative Programming, described it as “an evolution of ‘Batman: The Animated Series’ in technique and style.”

Organized on Wednesday at the Imperial Palace in Annecy, which is hosting its MIFA market this week, Studio Focus was hosted by Sam Register, president of the three animation studios.

In what seems indicative of his managerial style of letting creativity drive the shows, Register gave the stage to 10 animation artists and creative executives who sat on three studio panels.

Greeted by cries of enthusiasm from an Annecy audience mostly made up of French animation students, Tartakovsky presented images of “Unicorn”. In it, a giant mammoth runs amok on a steampunk city street attacking helpless kindergarten students who are rescued by a figure with a top hat, flaming supernatural eyes and a body of steel and a dashing warrior wielding a sword dressed in a red medieval cape.

As they fend him off, the mammoth sets his sights on a shivering goth teenager on the street, who looks set to become the show’s hero.

“Everything I’ve done is built for this show because it’s got comedy. It’s got action and adventure. It’s got great drama and the thing is an incredible, gigantic world ,” Tartakovsky told the CNS panel.

The mere mention of “Adventure Time” aroused the approval of the Annecy public. In France, it figures as a modern classic. A palpable collective take was heard when CNS’ Rivera unveiled a second never-before-seen image of “Fionna and Cake,” the alternate gender-swapped versions of the original series’ main characters, as they wake up in an alternate world where there is no magic and do not remember their life of adventures. Fiona is pictured sitting in a room designed with handcrafted details that yet appears to have been drained of color, its tones reduced to a dark brown. “Adventure Time” audiences have aged over time, as has Fionna and Cake, which will be the first “Adventure Time” series aimed at young adult audiences.

“The Amazing World of Gumball”

In the funniest part of the tri-studio presentation, creator Ben Bocquelet revealed everything he could about the upcoming film, which turned out to be next to nothing. In a kind of anti-presentation, Bocquelot leafed through the first page of the screenplay on the status screen, with almost all the words crossed out. A style guide was heavily pixelated, making scenes obscured.

“It’s a surprise take on the classic movie version of the TV show where we had to develop a whole universe for it,” Bocquelot said. “This strange and generous film pushed us towards new animation techniques which, to my knowledge, had never been used in this way before,” he added.

Few details were given, but the Hanna-Barbera panel showed a brief sped up making of, showing the construction of a Muttley model which, at the end of the clip, emits its characteristic raspy sneer.

Billed as “an animated family action-comedy destined to join the gallery of classic rogue holiday movies,” a snippet from a preview shows six-year-old Damian Wayne alone at Wayne Manor as two robbers sneak in to break the joined, but gasping in horror as they see Batman at the top of the stairs. It’s actually Damian perched on top of a giant vase, smiling with delight.

Set to premiere on HBO Max and received enthusiastically in Annecy, season 3 was unveiled via a first artistic preview by Jennifer Coyle, the show’s executive producer. It picks up where Season 2 pretty much left off, she said, with Harley and Ivy now together and on their unofficial honeymoon. We still sat together on a beach. Quinn will reunite with Batman, another image revealed. Coyle promised the series will have new characters, “twists” and take audiences to places and show things you don’t see anywhere else, showing an image of what looks like an S&M bar, with a man who gets her bare butt slapped. “Here is Commissioner Gordon who finds himself in a very strange place,” Coyle commented.

Introduced via first-look art, “Velma,” an adult animated “Scooby-Doo” spin-off, unveiled new footage beyond that already seen of a severed murder victim’s head in two, focusing more on the supernatural elements of the series – a woman transforms into a monster with long strokes, Yelma’s face is covered with snake-like arms. Velma develops her investigative skills by investigating the disappearance of her mother. “We’ve seen these characters in preschool and 6-11 shows, but how to total them and turn them into an adult animation space is something we’ve been working on for a long time,” said Peter Girardi, WBA EVP, Alternative programming.

Announced on Wednesday in great detail, “Bye Bye Bunny” was not so much seen as heard at the Annecy Festival. A brief image shows Bugs and Daffy tied up, presumably after Bigs tries to save Daffy, who has been kidnapped by a fan. The Annecy Focus, however, reached its climax with a clip of composer and songwriter Tom Kitt (“Next to Normal”) performing the song “I Want” from the film on the piano where the characters of musicals often expounded at the beginning what ‘they really want and then try to achieve. Here, a tired Bugs wants to retire, stop being Bugs Bunny and become himself. “The show must go on, but why can’t it go on without me,” Kitt sang. At the same time, scenes from classic Looney tunes shorts burst onto the screen at the Annecy stage, watched by the audience in reverence.

The best of variety