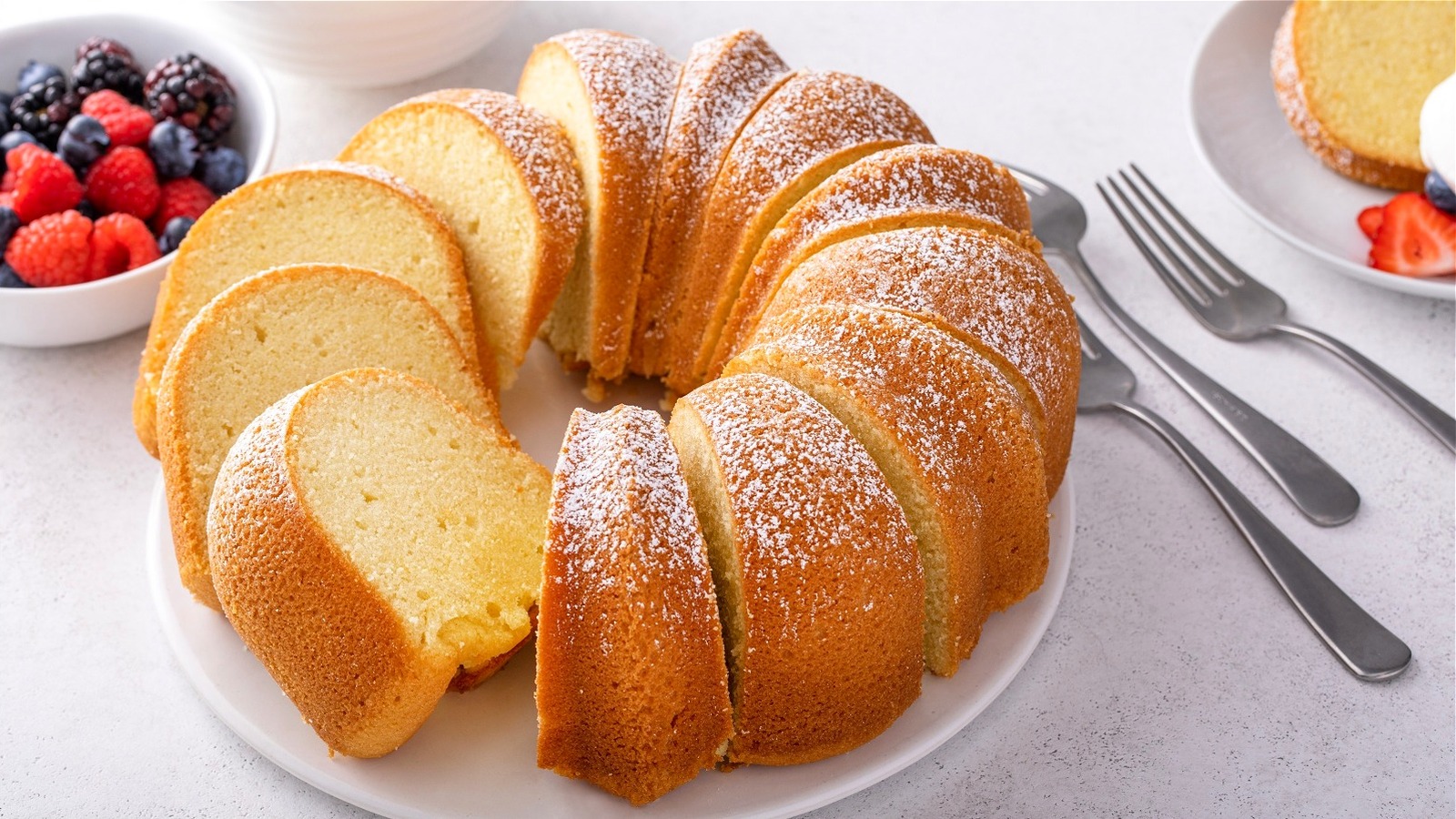 Before trying a traditional pound cake recipe, you might be intrigued to know where the name comes from. According POPSUGAR.Pound cake originated in Europe in the 1700s and surprisingly contained a pound of butter, flour, sugar and eggs.

While a four-pound cake isn’t the norm these days thanks to recipes’ reduced size, baking powder, and measuring cups, the recipe was popular enough to catch on in America by 1796 thanks to Amelia Simmon in her cookbook called “The First American Cookbook”. .” Smithsonian Magazine considers the 47-page cookbook to be one of the first ways Americans inadvertently set themselves apart from Britain. Through many ingredient suggestions and an underlying culture of American family life, Simmons was able to show indirectly how America slowly became a distinct nation.

In Project Gutenburg Ebook from “American Cookery”, among the many cake recipes provided by Simmons, the first recorded American pound cake recipe contains not only rose water, as opposed to vanilla extract, but “spices to your taste” and very few instructions regarding cooking time other than 15 minutes in a “slow oven”. In the “Oxford Companion to Food”, author Alan Davidson also notes pound cake recipes from other countries that emerged in the 19th century: the German sable pie and the French pound cake (per Food Timeline). The popularity of pound cake in America continued over the years and reached another milestone in the mid-1800s with the inclusion of a special ingredient.