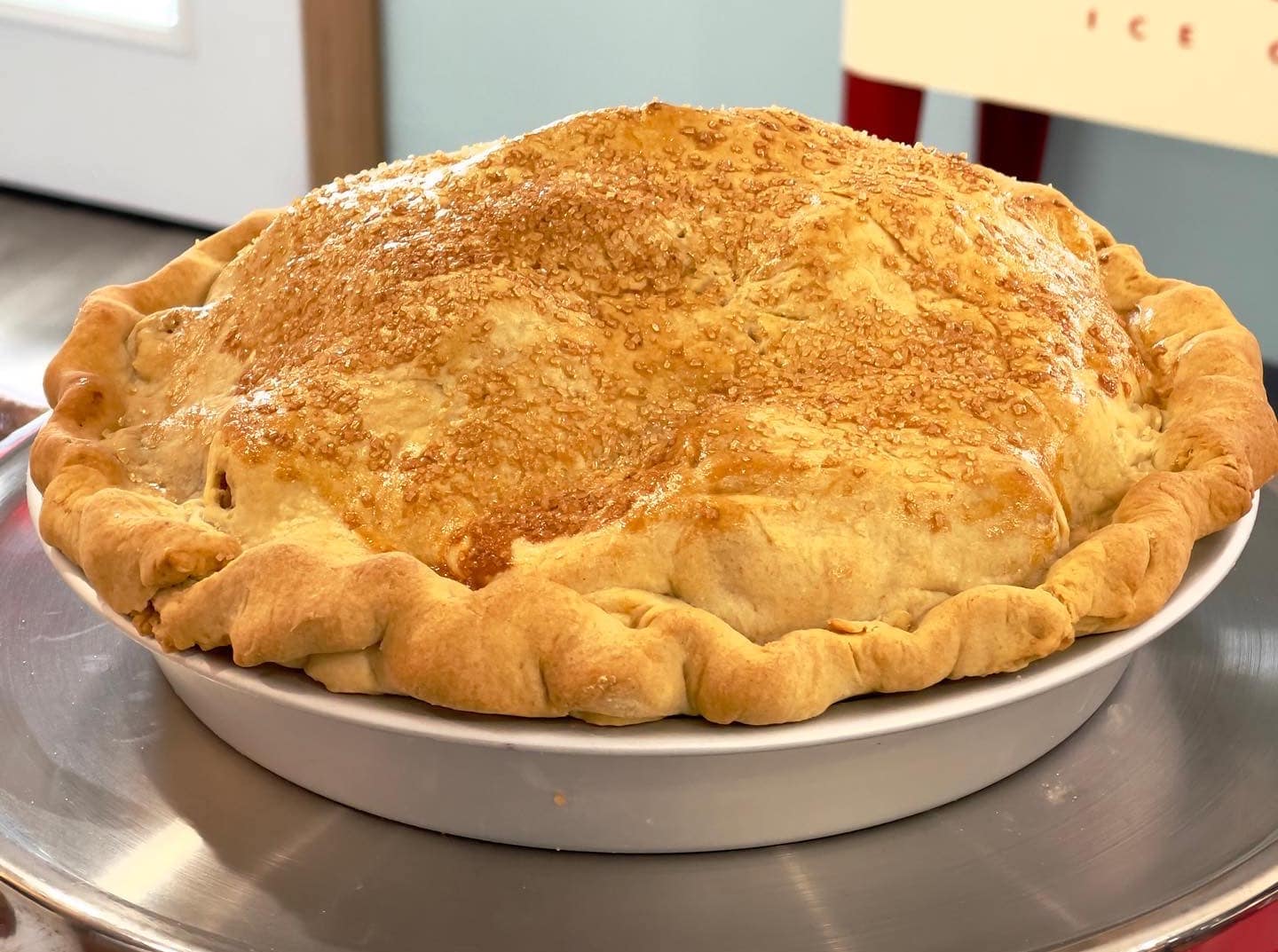 SURF CITY — In Topsail Pie Company’s first 48 hours of operation, it moved more than 100 pies to new customers, according to owner Matt Seferyn. He opened the shop with his mother, Katrina, and son, Madden, on Wednesday — a ribbon cutting that gave the mayor and city council a taste of homemade treats.

“Mom is the idea behind the whole concept,” Matt said. “She used to make wedding cakes, specialty cakes and was always amazing with cheesecakes, quiches, pies. She got her start at the Holiday Pancake House bakery when she was 16 or 17.

READ MORE: In other food news

Matt said cooking with his mother had always been a hobby growing up in Pennsylvania. “The spaghetti sauce,” he said, stands out the most. “I was 7 years old and trying to enter a contest.”

It’s a family tradition that started with Katrina’s mother: “baking sugar cookies and taking them to school,” she recalls.

Katrina eventually became a licensed clinical social worker and worked with veterans for the VA. Matt joined the military, met his wife, and settled in the Wilmington area two decades ago; his mother moved south to be closer to her grandchildren.

After working in insurance for the New Hanover Regional Medical Center, Matt said two years ago they decided to move closer to the beach. The family moved to Topsail Island from Hampstead to open an escape room.

Next to the game site is the new 800 square foot bakery. The team is made up of seven employees, half of whom are trainee bakers. Katrina is the anchor of the operation, her son said. In fact, Topsail Pie Company is his dream come true.

“Mom has cancer,” he revealed, “and she’s always wanted to own a bakery, which is why we’re doing this.”

Due to illness, Katrina’s speech became impacted; she stopped seeing her patients in therapy. Still, baking remained her love language and a way to connect with others.

“She’s working with all of us to get us up to speed,” Matt said.

Her 20-year-old son also became interested in the culinary world after working at various restaurants around Surf City as a waiter and line cook.

Their second full day of work, they got up at 4:30 a.m. to prepare the dough. The trick, says Matt, isn’t with cold butter or a splash of orange juice, as some books suggest. Her mother’s pie crust is made the Southern way: with Crisco.

“Pie crust is one of the only things I don’t use butter for when baking,” Katrina said.

“Mom taught me it had to be Play-Doh consistency,” Matt added.

There are at least a dozen offerings of 8-inch pies — priced at $18 and up — from apple to blueberry, strawberry to coconut cream, cherry to banana pudding. Slices are also available for $6.

“Sampling pies is kind of my new job,” Matt joked.

A seasonal favorite is strawberry-rhubarb. They purchased six pounds of the fibrous stalk from a local farmers’ market on Thursday. Matt said they buy as much fruit as possible from local suppliers and vendors. A regionally made vegetable cheddar is the star ingredient in some of the homemade quiches. Saltier pies are also on their way to the menu.

“Customers are already asking for meat pies,” he said.

Although the pie is the namesake, that’s not all Katrina and her crew produce. Muffins (banana nut, blueberry), cookies (oats and chocolate chips), brownies (chocolate-peanut butter), cake pops, cheesecake, even homemade breads are sold on site, as well as tea and Port City Java coffee. Matt said they also make scones for the Memorial Day weekend crowd.

“Mom has been so excited to deliver some of these decades-old recipes to people who hopefully like it,” he said.

While the bakery serves customers directly, Matt is already fielding calls from nearby restaurant owners inquiring about bulk orders. He takes care of that side of business but wants Topsail Pie Company to be operational for a bit longer. Right now, he said, the online ordering system and website need polishing.

The bakery is take-out only, with the possibility of a few bistro tables located outside, although Matt is unsure of the necessity.

“Why would you want to eat your pie inside looking at our four walls when you can walk two blocks to the beautiful ocean?” He asked.

Do you have any advice or comments? Email [email protected]

Want to know more about PCD? Subscribe now then subscribe to our newsletter, Wilmington Wireand get titles delivered to your inbox every morning.