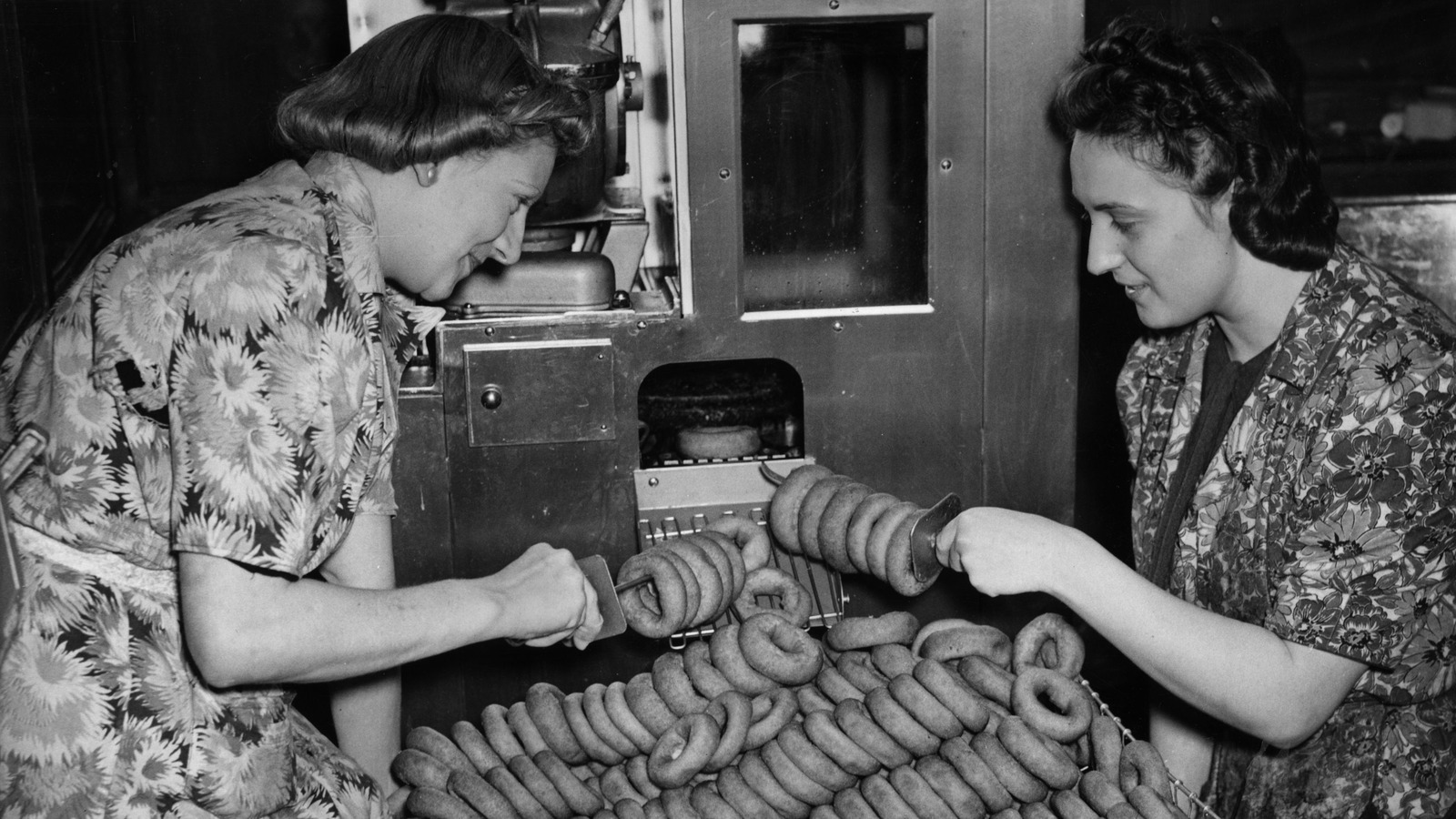 Shortly after the end of World War I, Adolph Levitt, a Russian immigrant to the United States, invented a device that made the process of producing donuts much easier and much faster (via Open mind). He accomplished this task by transporting rings of dough through a channel of boiling oil, then moving the cooked product up a ramp before dropping the fried donuts into a basket. It might sound pretty simple by today’s standards, but back then, it was an ingenious idea to automate donuts.

In 1934, donuts were dubbed the blockbuster food of the century of progress by the Chicago World’s Fair, thanks to the donut machine. In 1950, the donut maker was iterated on as the Krispy Automatic Ring King Junior Donut machine. The inventor? Krispy Kreme’s its own founder, Vernon Rudolph. This new machine did it all: mix ingredients and create dough, then shape, fry, chill and wrap the resulting delicious treats. The Ring King made 800 donuts an hour and was placed in full view of customers to further delight them. Now donuts were all the rage.

Over the past few decades, donuts have become increasingly entrenched in food culture. The title character of America’s longest-running animated primetime sitcom loves ’em (via FilmWeb), and even the police are stereotyped as loving donuts. Chains like Dunkin’ Donuts and Krispy Kreme dominate the mainstream donut scene, and specialty shops create homemade donuts and boutique flavors, like apple cider donuts. All of this fame is due, in part, to a bit of creative machinery!