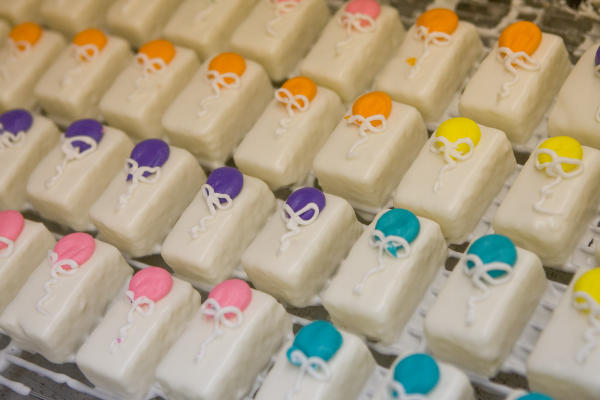 The iconic bakery, still family owned to this day, dates back to 1930, when brothers Goswin “Gus” and Raymond Moeller opened a shop at 4208 Almeda Road. The siblings were from a family of German immigrants, who, like so many others at the time, settled in the Texas Hill Country. Gus operated the bakery alongside his wife, Lucille, doing the baking for him and Lucille tending to the customers.

The precious asset of the bakery

In 1942, Moeller’s acquired valuable equipment that would help cement the bakery’s success for years to come. At the center of their operation was a 1935 Middleby Marshall porcelain and brick carousel kiln, the last model made by the company before it started making tanks for World War II.

In the 1950s the bakery moved to Rice Village, where it remained for approximately 30 years, and in 1990 made a final move to its current home at 4201 Bellaire Boulevard. At the time, the Moeller family took on the important task of moving the oven, which “had to be painstakingly taken apart piece by piece, numbered, and then reassembled by a Dallas company,” according to a 2010 Chronicle article.

In the early 1980s, Gus and Lucille’s son, Don W. Moeller, took over the bakery, along with his wife Theresa. Coincidentally, Don was born the same year the bakery opened, in 1930.

Serving sweets for every occasion

If it seems like Moeller’s has always been delicious for as long as you can remember, it’s probably because many of the products are made from original recipes from the 1930s, baked in the same pre-WWII oven. World War. Beyond year-round indulgences like birthday cakes, cookies, and their famous petit fours, Moeller’s does a great job of churning out seasonal specials, boasting king cakes and Mardi Gras cookies. during festival season and gingerbread houses at Christmas – and they continue to make them every day, from scratch.

In 2010, Moeller’s celebrated its 80th anniversary with “retro-priced” offerings, including bread for a penny and gingerbread cookies for a penny, as a nod to their rich history. A few years ago, the bakery turned 90 years old, but the impressive 100-year celebration awaits us in 2030.

Moeller’s Bakery remains in the family, as Gus’ grandson, Eric Moeller, operates it today, alongside much of the staff who have worked at the bakery for decades.

The third-generation baker shared his feelings with the Chronicle in 2020: “I was talking to my dad, and he actually had tears in his eyes when he realized that we’ve been around for 90 years and how great the city and everything the world here has just made us such an icon. We wouldn’t be here without our customers.