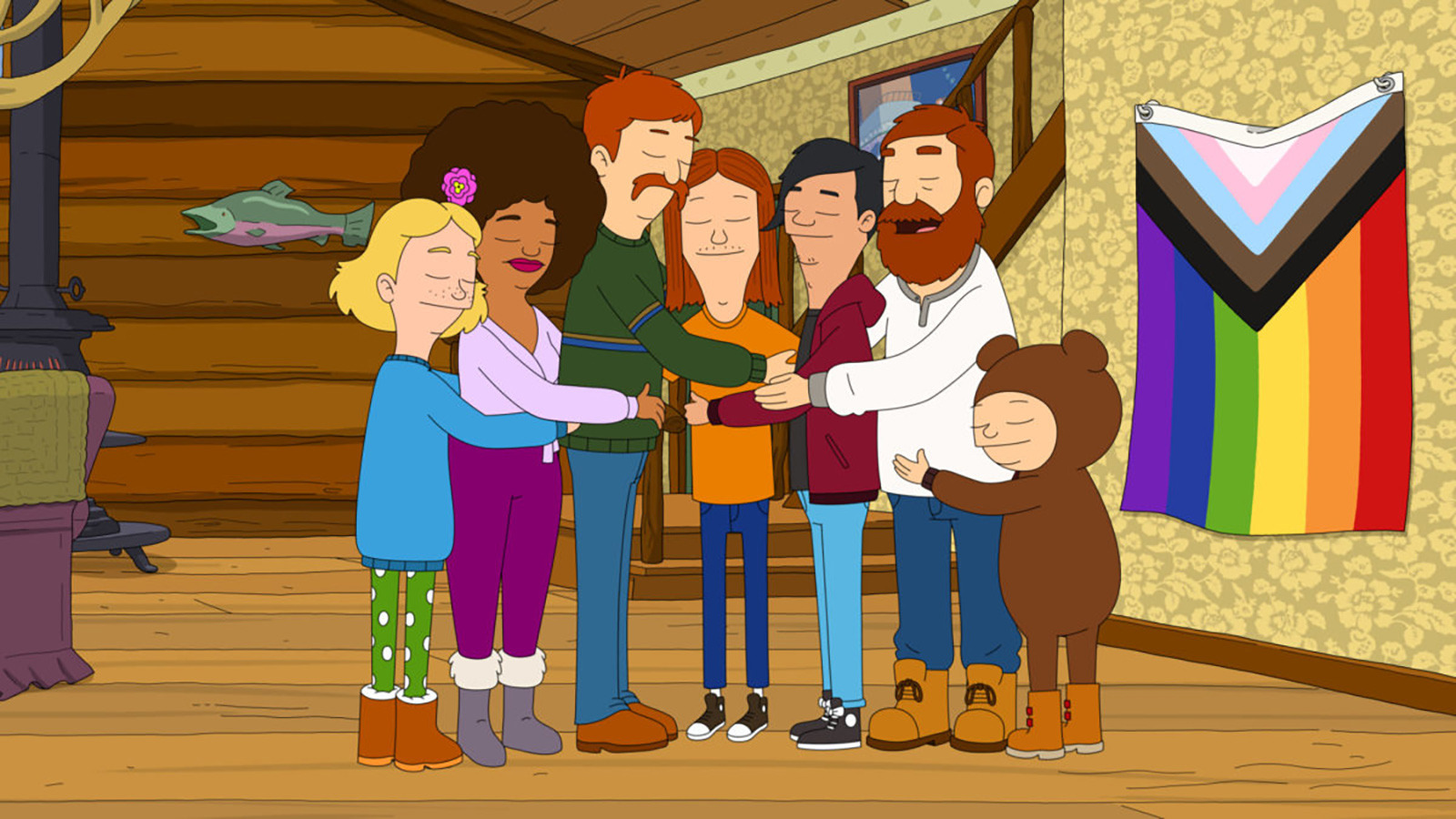 One of the major themes of “The Great North” is how patriarch Beef (Nick Offerman) is terrified that his only daughter Judy (Jenny Slate) wants to leave her outdoor life in Alaska in favor of more artistic activities. Ox is a robust ball of masculinity distilled into one person, with his deep affinity for wilderness and manual labor. A character like Beef seems to be the one who feel some kind of way about his son being gay, but Beef accepts Ham no questions asked. As we learned through an interview in Esquire, this was by design.

“We felt like it would be great to get into the first episode – just to sort of establish that Ham is gay, everyone is totally happy with him and he’s a character already sure to him”, Molyneux- said Logelin. “It was just important for us to establish his character and let him be part of his character, but not to be the focus of an episode or to have that engine for his story.” While Ham’s homosexuality definitely impacts some of his growing pains on the show, it’s by no means defined. “It’s just part of who he already is,” Molyneux-Logelin said. By presenting Ham as openly gay at the start, “The Great North” avoids the trope of treating a coming-out story as a very special episode, or as a catalyst for another character to “learn something about tolerance”, or whatever Ryan Murphy thought. he was doing by letting Finn Hudson be openly homophobic towards Kurt Hummel at the start of “Glee.”