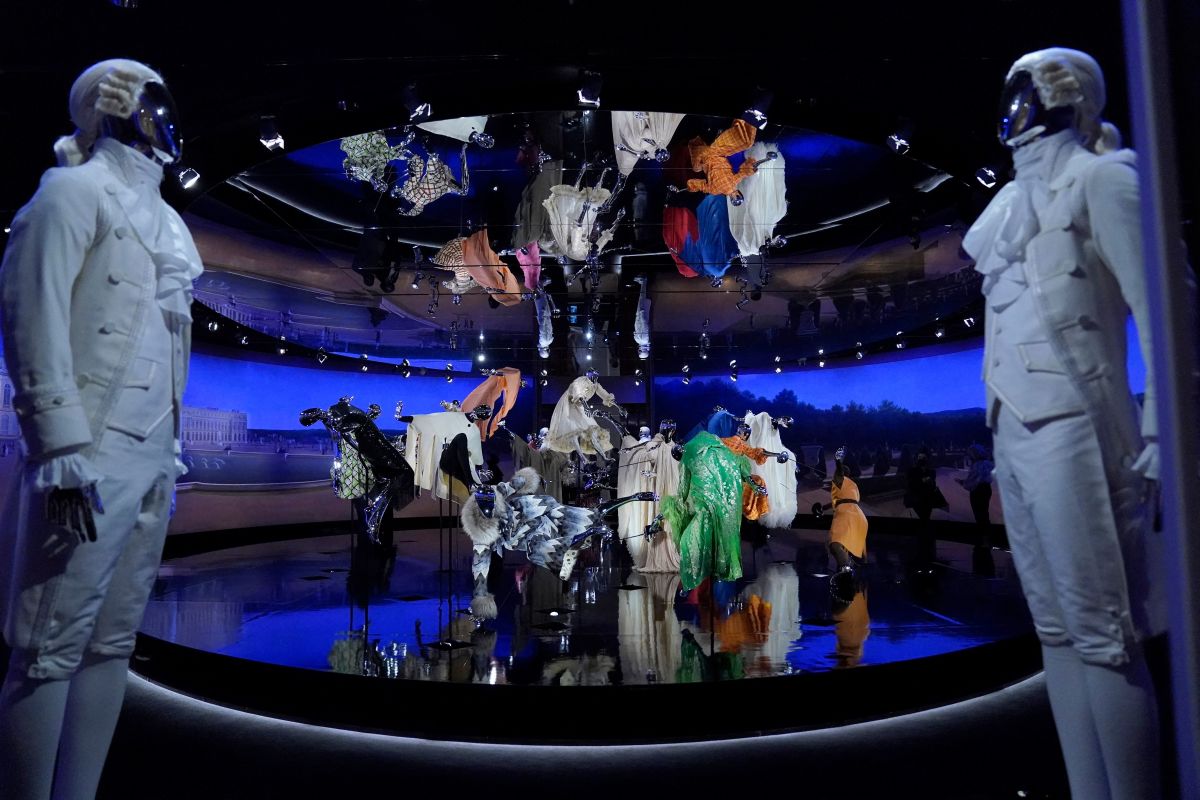 When “In America: A Lexicon of Fashion” opened at the Metropolitan Museum of Art in September, some attendees were left… disappointed. The fashions on display were magnificent – not to mention one of the most diverse selections seen in a Costume Institute exhibit – but after staging the shows, “Heavenly Bodies: Fashion and the Catholic Imagination” or the utterly understated “About Time,” it was hard to feel impressed by clothes isolated in lighted boxes, whatever the adjective perched above the models’ heads.

Those who wanted more drama will certainly be delighted by the second installment of the ambitious two-part series, “In America: An Anthology of Fashion,” set in the vintage rooms of the American Wing. (It also makes this the third and final exhibition in a trilogy of period exhibitions, preceded by “Dangerous Liaisons: Fashion and Furniture in the 18th Century” in 2004 and “AngloMania: Tradition and Transgression in British Fashion” in 2006 , staged in France and British period theaters, respectively.)

The Costume Institute enlisted nine directors – Autumn de Wilde, Regina King, Radha Blank, Chloé Zhao, Tom Ford, Julie Dash, Janicza Bravo, Sofia Coppola and Martin Scorsese – to create individual scenes that live in the exhibition and which, according to curator Andrew Bolton, are intended to “[enhance] the intimate and immersive aspect of the rooms, and [activate] their stories in gripping and unexpected ways.”

“Directors were selected based on the themes of the stories, and each approached them through their own very distinct creative visions,” Bolton said in his remarks at Monday morning’s press preview. “They used cinematic techniques to convey dynamism and movement to otherwise static exhibits, and while each vignette is presented as its own separate short film, the exhibit itself is experienced as a feature film with interconnecting stories. .”

The most radical and cinematic of them will certainly be the favorites on social networks. Ford received the room dedicated to the 1973 Battle of Versailles, the famous track showdown between American designers and the French; its sparkling silver mannequins strike dynamic poses, stab each other with swords or fly through the air. In the Renaissance Revival Room by Dash – which is dedicated to mid-century black designer Ann Lowe – there are all-black models working on every dress on display, veils of tulle catching a light breeze.

Scorsese takes over the Frank Lloyd Wright room with models dressed in Charles James (himself the subject of the 2014 Costume Institute exhibition, “Charles James: Beyond Fashion”; some of these dresses are repeated here), brought together in an elegant – and perhaps slightly sinister – party, with the Alfred Newman-composed soundtrack to John Stahl’s 1945 film “Leave Her to Heaven” playing in the background.

The smaller venues still pack a punch themselves. Zhao manages to translate his own cinematic sensibility perfectly into the Shaker Retiring Room, with rare and almost Puritan drawings by Claire McCardell on display. By creating a narrative around the models, Bravo creates some of the most vivid vignettes: one opens a door to a party scene from Bernando Bertolucci’s 1970 film “The Conformist” where the party host escaped the agitation for a moment of peace. in a side room; her 1960s dress, Bravo notes, “smells of cologne, cigars and cake”.

Blank draws attention to uncredited black work throughout American history, projecting images of black women’s hands onto the train of a dress and adding a long beaded headpiece “made in African traditions of braiding and of beading that are the signifiers of black women today”, the colors drawing from Mary Lee Bendolph’s “Work-Clothes Quilt” of legendary quilters Gee’s Bend.

But all that glitz and circumstance doesn’t add up to anything meaningless behind it – and to that end, Bolton is once again ambitious in its reach. “In America: An Anthology of Fashion” attempts to explore two overarching themes, he argues: “the emergence of an identifiable American style and the rise of the named designer, someone recognized for their distinct creative vision.” As such, “Anthology” is much more focused on historical clothing from the 19th and 20th centuries than contemporary fashion. (The most recent designers represented are those who showed at the Battle of Versailles.) Bolton has also worked alongside American wing curators to pursue their own attempts to diversify what is represented from American history with this exhibition.

“In America: An Anthology of Fashion” opens with a coat worn by George Washington at his first inauguration, flanked by two Brooks Brothers coats: one worn by Abraham Lincoln when he was assassinated, the other worn by a slave.

Between the vignettes are more static pieces, much closer to simple “Lexicon” displays, with garments functioning as case studies – like a Christian Dior original seen next to its American copy, breaking down the subtle differences in the way the American version was produced to better suit its audience. (De Wilde’s very “Emma” pieces also feature garments illustrating the growing divide between European and American sensibilities, with one model shockingly wearing the French’s favorite bare-chested Empire-style dress rather than the more modest versions suited for , shall we say, more Puritan spirits.)

“Taken together, these case studies and the stories told in these rooms constitute an anthology that challenges and complicates perceived histories,” Bolton said. “This anthology reflects ongoing research by Costume Institute curators to explore untold stories in our collection, stories that highlight the work of designers who have been forgotten, overlooked or relegated to a footnote in the annals. of fashion history.

Bolton noted that “In America: An Anthology of Fashion” is meant to serve as a preface to “In America: A Lexicon of Fashion”, and indeed the first part makes much more sense next to the second.

“While ‘Lexicon’ is expansive, reflecting the qualities that have defined and continue to define American fashion, ‘Anthology’ is more focused, presenting isolated stories about the work of individual designers and couturiers, many of whom were women” , Bolton mentioned.

They work both in conversation and in annotating each other – always, for a visitor who has yet to see “Lexicon” (which will remain visible alongside “Anthology” until September 5, making the first the longest-running costume institute exhibit in the Met’s history), the narrative will take on more meaning from the historical base established by “Anthology”, with the adjectives and benchmarks given for contemporary creations finding more meaning sturdy with the overview given in period rooms.

As with anything so ambitious, “In America: An Anthology of Fashion” is not without its drawbacks. It’s not quite presented chronologically due to logistical constraints — you have to walk through the Battle of Versailles room in the middle of the exhibition, for example, but naturally it makes more sense to stage it in the room that houses the 19th Century Panoramic Paintings of Versailles itself – which slightly lessens the impact of the intended narrative. And, for the same reason, some rooms are toddler; even during the press preview, parts of the exhibit seemed crowded with only two or three people in one space, which could make typical blockbuster crowds a challenge.

Still, it’s a beautiful and moving exhibit, and well worth taking the time to really explore every facet of each piece. It’s not one to run around just looking at the clothes: the multimedia aspect, as well as the accompanying text, make it a richer experience taken as a whole.

Unlike past exhibitions, “In America: An Anthology of Fashion” is not a tour through the catwalk highlights of the past decades. (These can be found on the ground floor of the Anna Wintour Costume Center.) Instead, it’s a loving tribute to the many designers who have so far passed without celebration, but who are responsible for throwing the foundations upon which the American fashion industry rests. This can best be summed up with a quote from JRR Tolkien, with which Bolton ended his own remarks: “A story must be told, or there will be no story. Yet it is the untold stories that are most convincing.”

Want the latest fashion industry news first? Sign up for our daily newsletter.