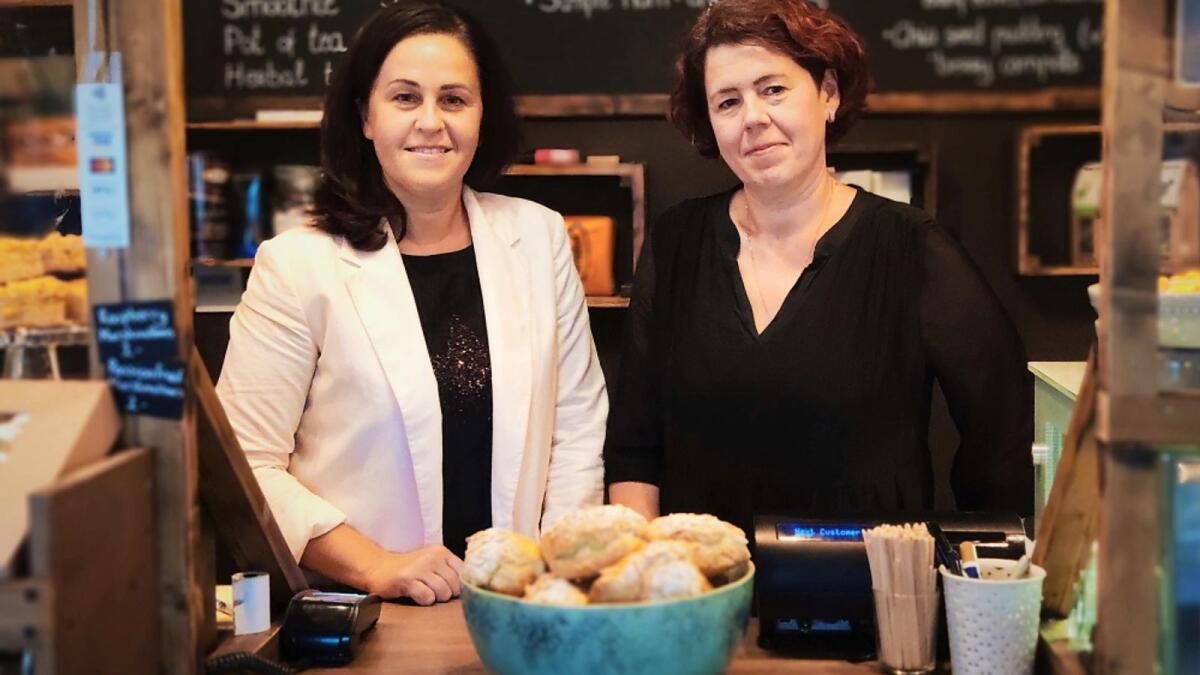 With a fire in the kitchen on the first day of opening two years ago and then Covid happening on top of that, Belturbet residents could be forgiven for rolling their eyes at the idea of ​​another business closing so soon after opening on the corner of Castle Street.

It is with pleasure however, and an unequivocal sense of pride, that Café Nuá has grown into one of the city’s most venerable businesses, enjoying a growing clientele not only in the immediate vicinity, but from afar, with regular customers traveling great distances for their treats, even from Dublin.

To the sound of clinking cups and bubbly milk froth, Vita Blauberga and Inta Dokereva reminisce about how far their business has come over the past 24 months. Not only do the Latvian sisters share the management of a thriving independent café, but between part-time and full-time staff, they currently employ 12 people.

The sisters look at each other with ironic smiles and allow themselves a little laugh as they think back to the first months of opening. The memories seem distant now given how much has been accomplished since. Such is the demand for their bespoke cakes that they have moved into a second location, devoting the cafe’s kitchen to customers who walk through the door.

“It happened so fast,” Vita says of Café Nuá’s second anniversary. “It’s nice to see customers come in and have fun, and come back too.”

But Vita and Inta, who have called the town of Belturbet home for the past two decades, come from a long line of talented bakers and food designers. Hailing from a large country town near Riga, Latvia’s capital, the sisters’ grandfather, Hermans, had owned a successful bakery since the 1940s.

“It’s something that is passed down in our family, from generation to generation, the love of baking,” Inta explains. “Our grandfather, then our grandmother, our mother cooked, even our sisters cooked. One is a restaurant owner, the other is a professional chef.

The sisters started cooking for friends from their home in Belturbet and were constantly encouraged to do more with their obvious talents. “Our friends always told us ‘we have to open a café’. And we finally did it,” says Vita. “Everything happened very naturally.”

Inta prefers to be more in the kitchen, while Vita enjoys decorating cakes, her keen sense of design also lending itself to the Café’s unique environment, filled with photographs she has taken on her travels through Europe.

Opponents, who gave the company three months to survive, then six months, no longer view the closure as a terrible fait accompli. Their tune has changed, and Inta and Vita now find them among Café Nuá’s most loyal customers, celebrating success as much as the sisters.

“The first day there was a fire, then the Covid arrived. But we knew we had something special to offer,” Inta said. “Everyone said there weren’t enough people in Belturbet to run a café, but now we have customers who come from all over. [Visitors] come on the boats, then come back in their cars. They even come from Dublin.

Both are very grateful for the support of their customers and look forward with great pride to many years of successful business.

“It’s hard to believe. It’s always been our dream to do something like this. It’s been hard work, but it’s good work,” says Vita.

“Everything we make here is from scratch – every tart or pastry. Everything is fresh, which means there’s a lot of work going on behind the scenes. But when our customers leave happy, it’s worth it. sadness. “