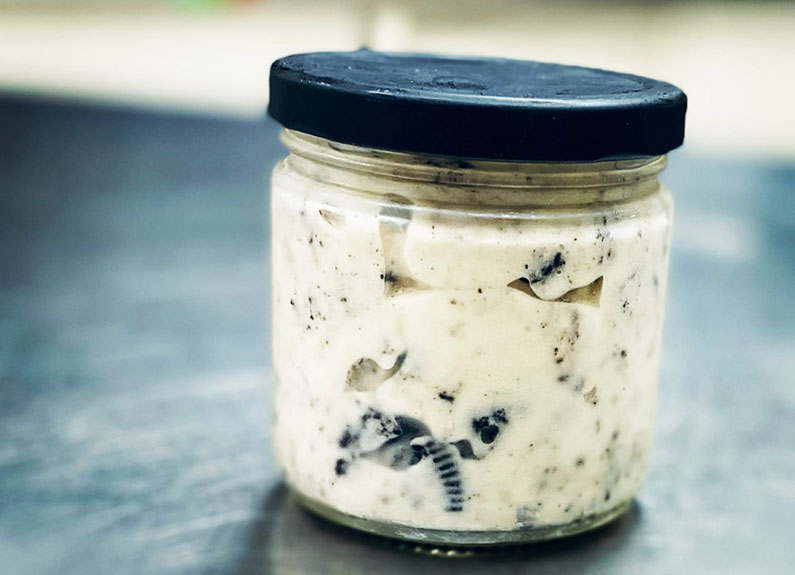 The event at Steve’s Hot Dogs will run from 6-9 p.m. Each 6-ounce serving of frozen custard will be served in jars, which can be taken home or eaten there. Steve’s hot dogs will also work as normal, and strictly vegan and/or gluten-free people should note that Steve’s menu includes a number of vegan and gluten-free options.

Wandering Yeti co-owner Scott Morrissey pointed out that while his recipes are gluten-free and free from several major allergens, the products are currently still made in a facility where cross-contamination is possible. He said Wandering Yeti will soon be moving into a completely gluten-free and allergen-free facility.

The journey began for co-owners Scott and Julia Morrissey when they decided to go vegan 11 years ago. Scott said they’ve started eating vegan on a gentle basis – but miss ice cream. At that time, vegan ice cream options were rare. “At the time, there was really nothing good,” Scott said. “My favorite ice cream was Trader Joe’s Soy Vanilla, which was one of the inspirations for me to want to do this because I knew there had to be a better way.”

A few years later, Scott’s stepfather bought him an ice cream maker. “I just went to town,” he said. He searched for recipe after recipe, but found that the majority were coconut-based. He wasn’t a fan of coconuts, and eventually that forced him to re-evaluate. “I gave up everything looking for a vegan ice cream recipe idea and literally started looking at regular ice cream,” he said. “Just studying regular ice cream recipes – what gives it the right flavor profile? What about milk and giving it that texture? We had to figure it out from scratch.

When Scott finally arrived at an ice cream recipe he was happy with, he set himself a new challenge: to create vegan ice cream. Again, the recipe development process meant that Scott had to dissect the elements that distinguish ice cream from ice cream. “Instead of trying to replace the actual egg in the product, I just went for flavor and texture,” he said. He learned the importance of excess—essentially, air content—in creating that silky, creamy texture that the people of St. Louis love. As Scott and Julia developed their frozen custard recipe, they shared the product with friends and family, who encouraged them to consider selling it.

Now they’re gearing up to introduce their product to the public, and the Morrisseys aren’t standing still. They have many more flavors ready to go and will be hosting more pop-ups this summer – follow them on instagram to follow announcements. Scott also said that Wandering Yeti was looking for a potential location for a showcase. “Once we have a storefront, the flavor options are literally endless,” Scott said. 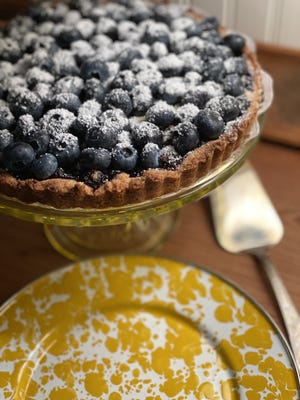