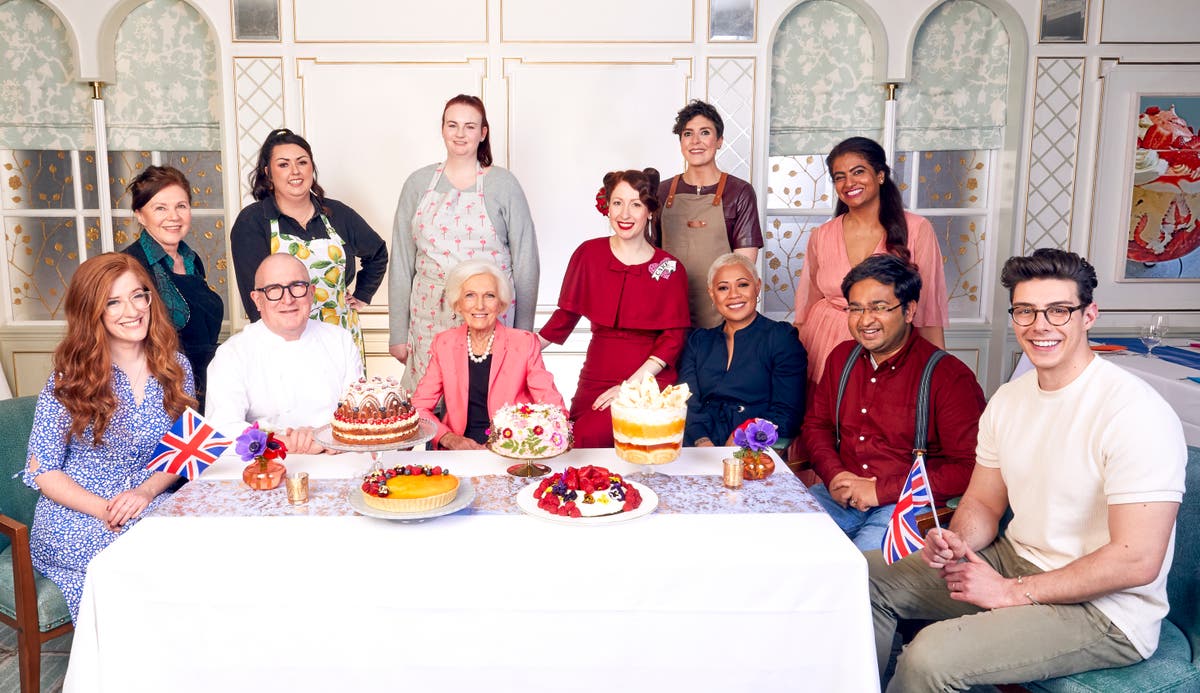 Cakes commemorating the Queen’s wedding and multicultural Britain are among those in the final of a national competition to find a pudding worthy of celebrating the monarch’s Platinum Jubilee.

Recipes from five home bakers were selected from nearly 5,000 entries from across the country as part of royal grocer Fortnum & Mason’s Big Jubilee Lunch competition in honor of the Queen’s 70-year reign .

The Duchess of Cornwall and Dame Mary Berry will announce the winner during a BBC One special, The Queen’s Jubilee Pudding: 70 Years In The Baking, broadcast on May 12.

Among the five finalists is Shabnam Russo who lives in north London and works part-time in her husband’s skincare clinic while hosting parties with friends and family as a hobby.

Russo, who says the Queen has been a role model in her life, thinks she has the “perfect cake” to celebrate the monarch’s historic reign.

She explained that her pink falooda cake recipe, which comes from the streets of Mumbai, reflects the Commonwealth and how Britain has become a multicultural society.

“My falooda cake is a humble cake of the people and in qualifying I felt that I represented people from all walks of life, their struggles, their journeys, their hopes and aspirations and I hope this is an inspiration for everyone, that you can achieve anything if you just believe in yourself,” she added.

Susan, 65, a retired sales manager from Argyll and Bute in Scotland, takes her cooking inspiration from her mother but has only become a keen home baker in recent years.

She noted that the inspiration behind her Four Nations pudding, which consists of Scottish berries, Yorkshire rhubarb, Welsh cakes and Irish butter and cream, was to represent the coming together of the UK.

Susan said: “The Queen’s Jubilee is the only time we can all be together to celebrate our Queen and how she has represented us in her 70 years of selfless service to our country.

“So I wanted my pudding to represent us as one nation.”

Sam, a 32-year-old lawyer from Warwickshire, started cooking at the age of seven with her grandmother who taught her all the traditional cooking methods.

Her Jubilee bundt cake presentation is based on the classic Victoria sponge but with a royal twist as it is shaped like a crown and includes Dubonnet jam, which she says was the Queen’s favorite drink.

She hopes families around the world can easily recreate the recipe in their own kitchens to join in the Platinum Jubilee celebrations.

Editor Jemma, 31, from Stockport also started cooking as a child but started experimenting again when she got her own home four years ago.

She explained that her lemon Swiss roll and amaretti trifle are a tribute to her two grandmothers, as one taught her how to cook and the other’s signature dish was a trifle.

The home baker believes her recipe is suitable for the Queen as she based the flavor on the dessert served at the monarch’s wedding, the lemon posset.

While Kathryn, 29, a composer and oboist who lives in Oxfordshire, describes herself as a “sort of throwaway cook”.

She thinks her thyme frangipane passion fruit tart is perfect for the historic Queen’s Day as it’s a ‘light summer pudding’.

Kathryn noted that it also commemorates her grandmother, who continued to work as an NHS nurse during the pandemic before dying in April 2020 at the age of 84, as it is a variant of her favorite cake.

The winning recipe will be revealed in The Jubilee Pudding: 70 Years In The Baking, which airs on BBC One at 8 p.m. on May 12.