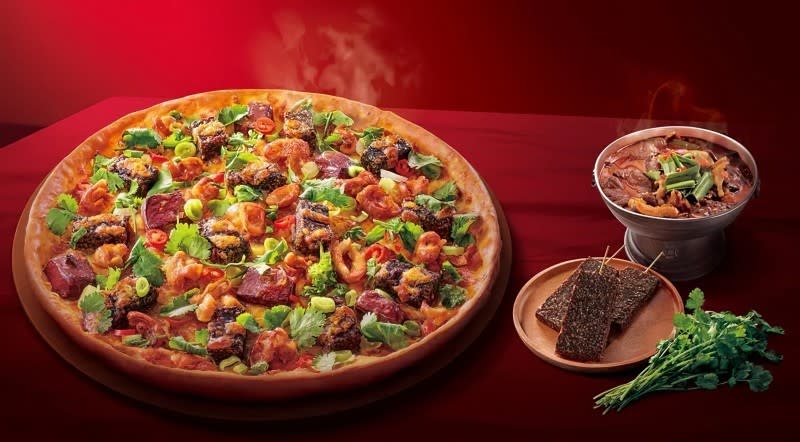 According to Taiwan NewsWu Geng Chang Wang is sometimes mistakenly thought to be from Sichuan, but it is actually a Taiwanese invention.

The dish is said to have been created by either a Taiwanese chef under former dictator Chiang Ching-kuo or a housewife living in a military village by combining ingredients in a cooking pot. Wu Geng Chang Wang is often found in Sichuan-style restaurants in Taiwan and abroad.

The dish’s name comes either from the cooking time, from 3 a.m. to 5 a.m., or from its five vegetable ingredients, according to Taiwan News.

Reactions to the pizza were mixed, with some raving and others comparing it to something out of a horror movie.

In a post he uploaded to his Facebook account on Monday, Taiwanese actor and singer Aaron Yan claimed he was the first to try the latest cilantro pizza dish. He said he first thought the new combination was “absurd”, but swore it was “really delicious”.

On Tuesday, Taiwanese journalist Leslie Liao tweeted an image of the pizza and described the ingredients as “Lovecraftian horror” and that Taiwan Pizza Hut”damn lost his mind.

Between the century egg pizza and now this most recent pork intestine pie was another creation that turned heads at Pizza Hut Taiwan. In October 2021, they introduced a Halloween themed pizzas with black garlic and curry ingredients.

How Spam Became a Luxury Item in South Korea