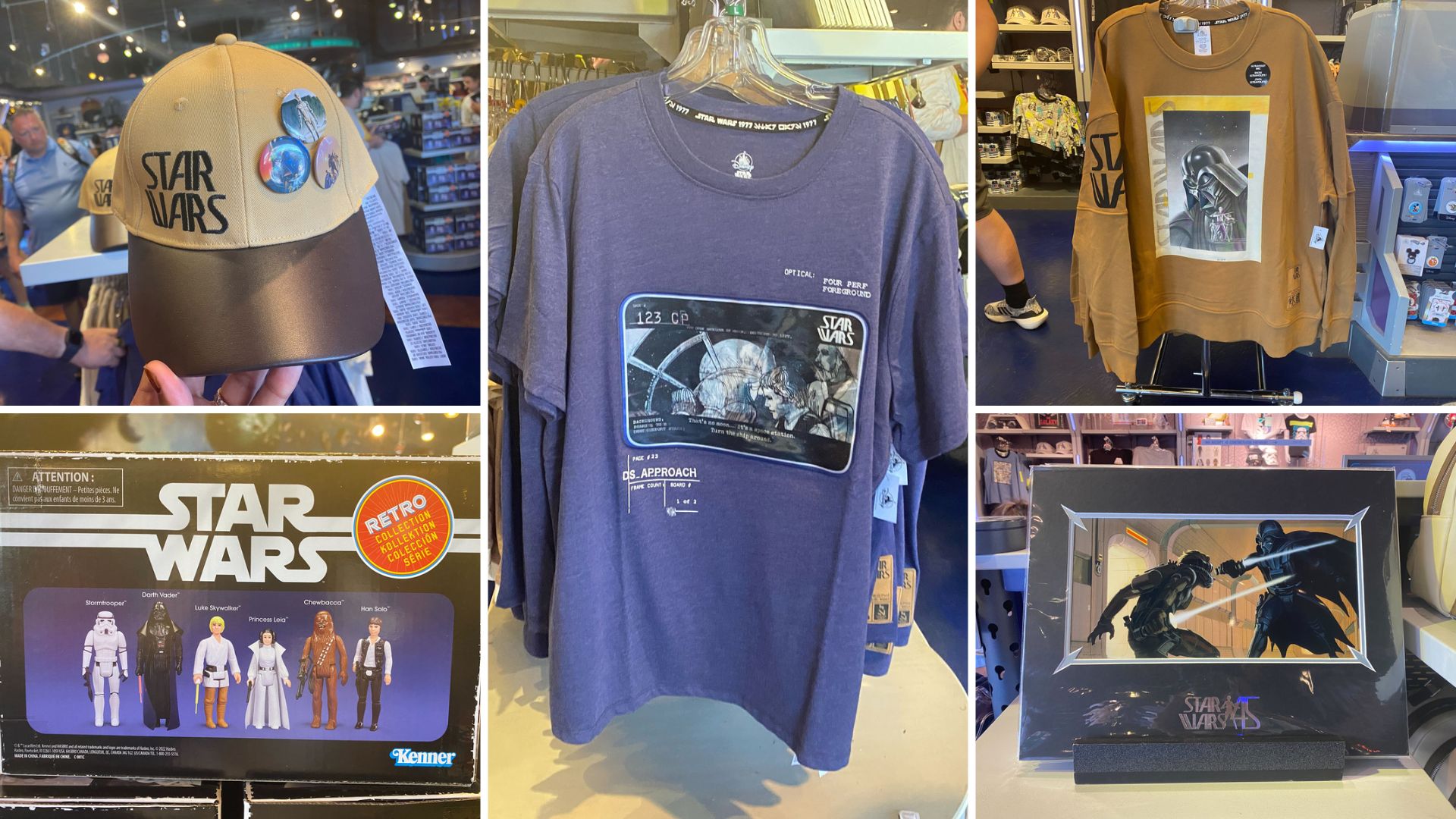 “Star Wars” turns 45 this week, and Disneyland Resort is celebrating with a new line of merchandise featuring original concept art for the movies. We found all of this in Star Traders at Disneyland.

This brown crew neck shirt features an image of Darth Vader in the center.

It is printed with ultraviolet ink.

A patch of the “Star Wars” and 45th anniversary logos sits at the bottom.

“Star Wars” is printed on a sleeve in black.

This cap is light brown with a dark brown brim.

It includes three buttons from original “Star Wars” concept art. One button features the same Darth Vader art as the shirt above, another features C-3PO, and the third features multiple characters.

A “Concept Series” logo sits near the back.

The 45th anniversary logo is embroidered above the strap.

“Star Wars” is embroidered in black on the front.

This blue t-shirt features a storyboard image of the main characters inside the Millennium Falcon.

There are notes around the image and a classic dialogue printed below: “It’s not a moon…it’s a space station.” Make a U-turn.

This original design of Luke wears a breathing apparatus.

The “Star Wars 45” logo is in silver on the cardboard frame.

This white t-shirt features a sketch of Luke’s speeder on Tatooine. It’s in ultraviolet ink.

The description says “Speeder to Cantina”. There are boxes for plan number, page number, number of frames and plate number.

This t-shirt is shaded beige in color with a white stripe along the bottom.

It shows several storyboard images from the climactic scene of “Star Wars: A New Hope,” when Luke flies through the Death Star trenches.

This set features retro action figures, the same ones we’ve seen on other recent merchandise.

Will you take home any of these retro “Star Wars” concept art merchandise? Let us know in the comments