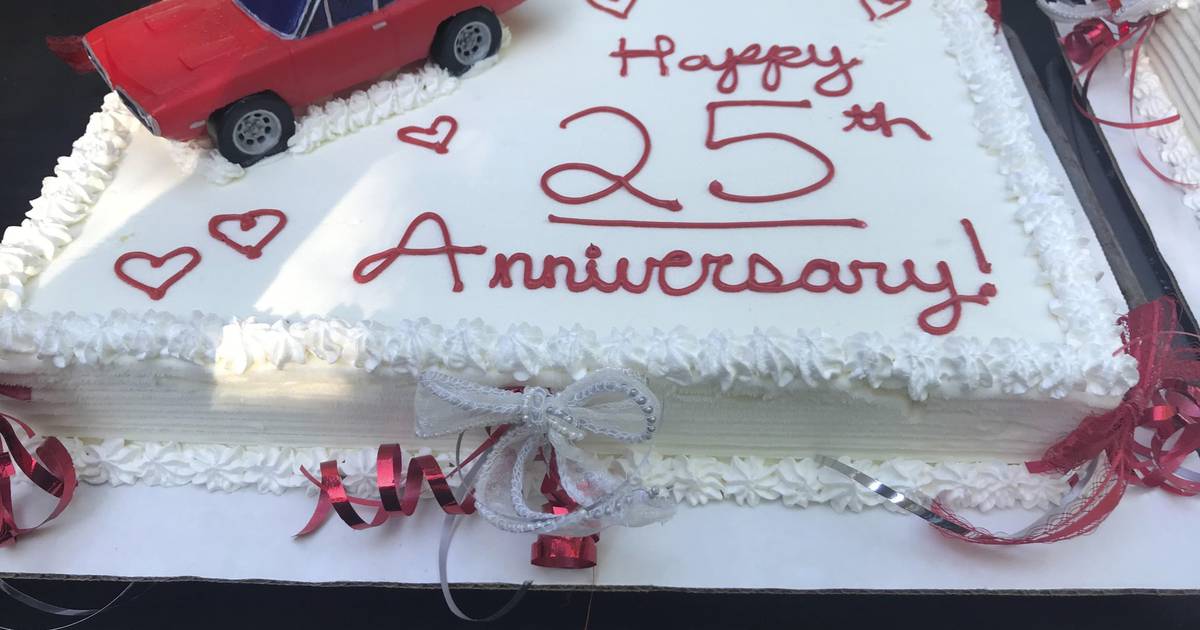 No matter how you slice it, it’s a sweet story.

Soft, like in an ice cream cake. From Dairy Queen itself. Is it getting better?

Yes, if this cake was specially made for a 25th wedding anniversary. Like a surprise.

With great attention to nostalgic detail.

Before going any further, let me take you back to last October.

That’s when this column introduced you to an incredibly positive, faith-filled Naperville woman who had just completed a few months of chemo for stage four ovarian cancer.

When she and I sat down to talk, Susan Brown was heading into an even tougher battle with this deadly disease – with a smile on her face and Christ-like courage in her heart.

You may recall that the purpose of the surgery was to remove organs damaged by fast-moving cancer cells and inject hot chemo into his abdomen and intestines to fight off the remaining bad cells floating around.

The surgery itself was a success and as of now, Brown, who co-owns the Gary Brown art studio in downtown Aurora with her husband, is “cancer free.”

But an operation of this magnitude leaves a lot of scar tissue. And that damage, coupled with the drug’s side effects needed to help keep Brown in remission, led to life-threatening complications that led to longer hospital stays, additional major surgeries and multiple procedures that included blood transfusions.

Yes, throughout these ordeals, there were times when Brown, a registered nurse, thought she was “going to die.” And you can imagine the limitations she lives with now. But Brown is happy to be alive, grateful to be able to work one day a week as a registered nurse and feeling blessed for the incredible support system she has, especially her husband.

Which brings us back to this ice cream cake.

You see, Gary Brown has been a Dairy Queen fanatic for as long as his wife has known him.

So much so that their three-tier wedding cake in July 1997 was from DQ and featured red roses, the color of her beloved 1964 Dodge Polara 500, which Susan Brown had duplicated as a model to sit on. their cake.

So of course, when the silver anniversary of their wedding came around last month, Susan was hoping to surprise Gary again with a DQ concoction similar to the original. Unfortunately, Dairy Queen no longer makes these kinds of specialty cakes and certainly not the tiered ones.

Disappointed but understanding, Brown figured she’d have to settle for a few simple sheet cakes from the Dairy Queen on Washington Street, which is within walking distance of their Naperville home.

But college senior Kelly Parker was working the day Brown came to ask about the birthday cake. And, after looking at old wedding day photos that featured not just the fancy cake but the real Polara 500 the newlyweds set off in, she realized how much that meant to the client.

During her four years of summer work at the DQ, Parker, a 21-year-old Naperville resident, has filled many cake orders, “but 90% of them are an 8-inch Oreo Blizzard where we let’s write ‘happy birthday’ across the top’ and call it a day, she said.

However, it didn’t take long for her to realize “how genuine and joyful Susan Brown was”, “and I wanted her and her husband to have something really special to celebrate with their family”.

While Parker, known as “the cake lady” at DQ, had never tried to do anything so complicated, she admitted to watching many decorating videos. Then, with the help of his brother Dan, “who loves 3D printing,” Parker found a model of the 1964 Polara and spent much of his free time not just painting and “keeping food ” of the classic car, but also to reproduce these fanciful models. flowers and ribbons that finally turned two ordinary sheet cakes into a beautiful and memorable birthday present.

Brown remembers being “practically in tears” when she picked up the cakes, one of which featured the car, the other covered in dark red roses. Later, she and her husband – yes, he was surprised – stopped by the Dairy Queen to thank Parker, who thinks she put at least 24 hours into this very special order.

In his spare time, might I add. And, Parker reluctantly admits it when I ask that question, without charging a penny more, despite the personal cost to her.

“It wasn’t about a job at the Dairy Queen…they’re really special people,” says Parker, who hopes to keep in touch with the Browns after traveling to Denver next week for his senior year at the club. Regis University, where she is studying psychology.

It really is “a sweet story,” insists Susan Brown, who perhaps more than most of us understands how life-affirming even simple acts of human kindness can be.

After all, as delicious as DQ ice cream is, doing something thoughtful, especially for a complete stranger, really is the icing on the cake.