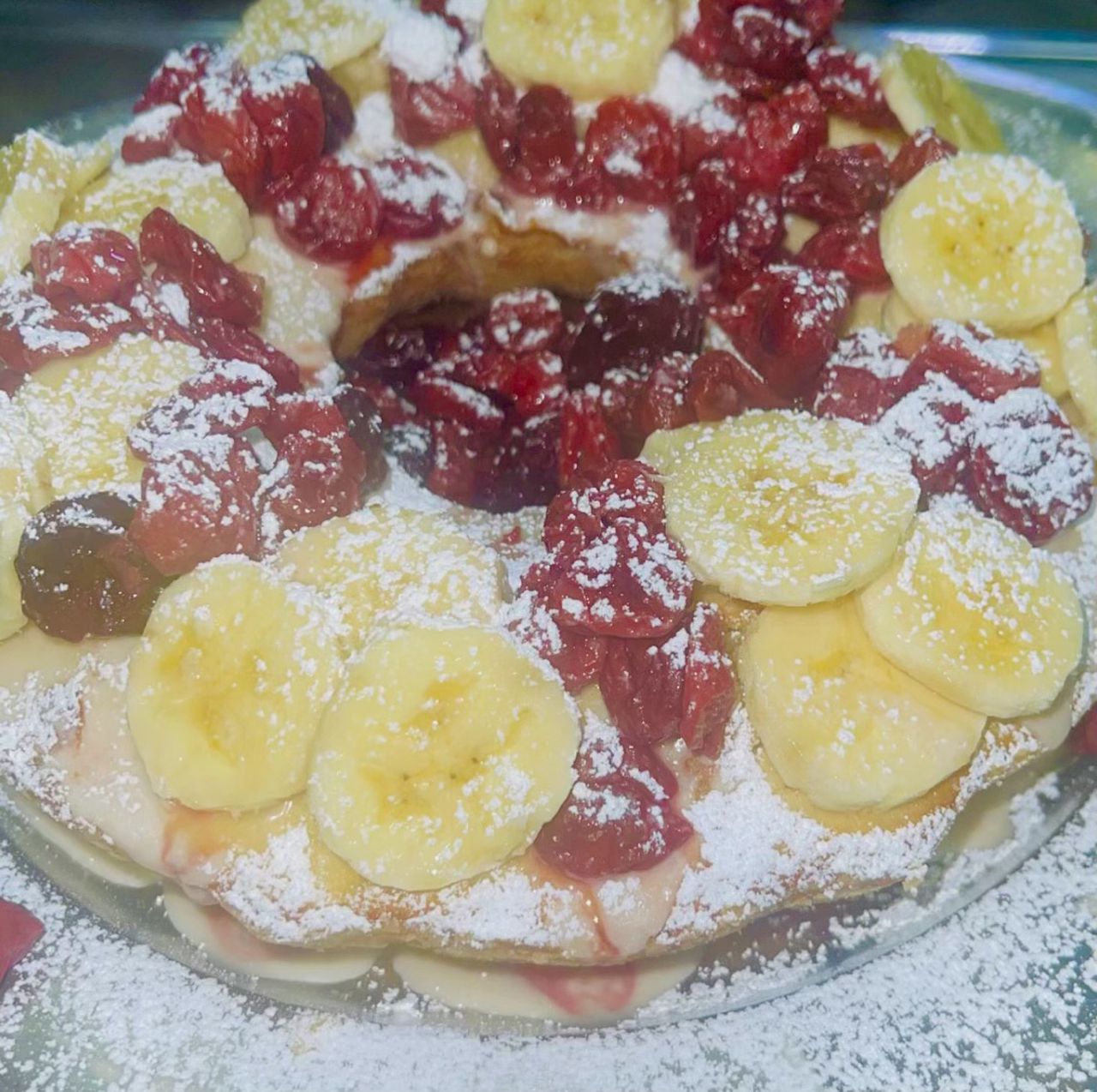 Harris serves freshly made-to-order signature soul food entrees, such as Muskegon’s favorite turkey shanks ($19.99). She said she was working to provide a range of new dishes to diners in the area to satisfy their need for a soul food fix.

Besides the famous turkey shanks dish, diners continue to rave about its Fried Shrimp and Grits ($17.99) which is made with fried shelled jumbo shrimp, grilled bay shrimp, peppers, onions, salted bacon and cheddar cheese.

Soul Filled Kitchen, 3232 Glade St., has many other favorites on the menu, including the Sweet and Savory Chicken Vanilla Cinnamon Waffles ($13.99) topped with fried chicken fillets, fresh strawberries , pecan nuts and sprinkled with powdered sugar.

Harris has a large following on Facebook for her soul food dishes and is considered the “Queen of Turkey Shanks” in Muskegon Heights.

The combination of her culinary skills, strong community ties and popularity were factors that led to Harris being chosen to recreate Julia Hackley’s feather cake recipe published in 1890. Hackley was the wife of Baron of wood and Muskegon banker, Charles Hackley, whom she joined in the work of philanthropy in the community.

Harris announced in a April 28 Facebook post that she was selected by the Lakeshore Museum Center and Taste of Muskegon 2022 to recreate the recipe.

The recipe has been in the Lakeshore Museum for 132 years. That’s until Lakeshore curator Erin Schmitz and Lisa Kraus of Taste of Muskegon collaborate to get someone to bake the cake again.

“After all these years, I was given the recipe to recreate her cake,” Harris said. “It was difficult because they used wood-burning stoves and we didn’t know what type of stove she was using. The original recipe calls for things we don’t use in today’s society.

Although Harris knew about the opportunity two months in advance, she didn’t know the details of the recipe until it was given to her a day before she planned to bake the cake during of a live recording for YouTube.

Harris said she had to use her imagination because the cake was different from a modern cake made today. At first, she didn’t know how to approach him.

“There was something there for sweet milk,” Harris said. “We didn’t know what sweetened milk was. We weren’t sure if she meant condensed milk or evaporated milk, so we just used heavy cream. She didn’t have a temperature to cook the food, so I just had to do some “Soul Filled” enchantments.

Harris said the cake tasted more like a sweet cookie when it came out. To make it more cake-like, she topped it with fresh fruit with simple syrup and made other ingredient improvements to make it sweet rather than salty.

However, Harris said she still tries to stick to the “1890s spirit” by using spatulas and a whisk instead of an electric mixer. In the future, she said she would be offering samples of Hackley’s version and her enhanced version.

Harris said that even adding the enhancements suited to her style, she still believes in the propriety of honoring the recipe as a minority-owned business.

“I felt so much about it and thought I should share it because it’s a huge step, not just for Soul Filled but for a minority-owned business,” Harris said. “I think the museum has done a wonderful job of presenting an opportunity to do something that was not available to my community in the 1890s.”

In the future, Harris plans to recreate an 1800s Hackley Thanksgiving to pay homage to recipes Hackley created back then. At this time, she wants to invite at-risk children out for a meal in hopes of instilling some positivity.

“I’m honored to have had this opportunity,” Harris said. “It is important to me that I have been entrusted with this. And it also makes me see that we move towards seeing each other as comrades rather than by color or creed or gender.

Cake recess will be available all summer at Hackley and Hume houses, Taste of Muskegon 2022 in June, YouTube and the museum website.

Harris will showcase the cake this summer at food and pop-up events, starting with the relaunch of her restaurant in downtown Muskegon this month.