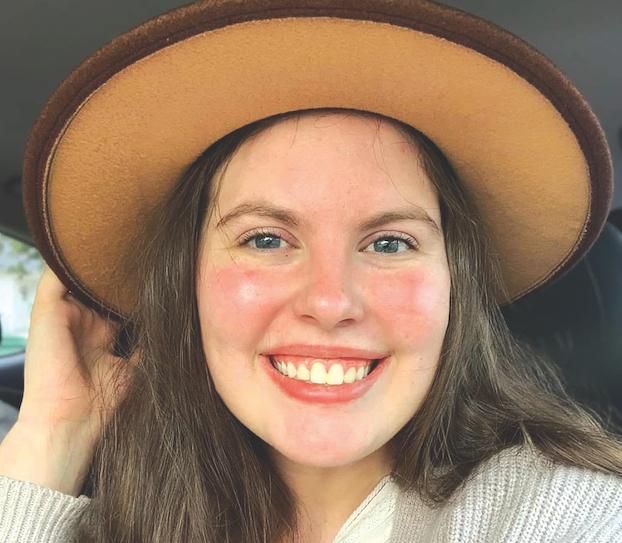 Lauryn Copeland Hatten, like most people, likes to bite into a warm, buttery flaky croissant. Unlike most people, she took home her romance pastry, along with butter, all-purpose flour, a little sugar, baking powder, and milk. On her second try – voila – she produced the perfect batch. (On her first try, she pronounced croissant like the French do, Kwuh-saunh.)

“I watched five or six videos on the subject and found what worked best for me,” she said.

When COVID kept Hatten at home, she began experimenting in the kitchen, branching out with more challenging recipes, and putting her own stamp on the recipes she had learned cooking with her grandmother, Peggy Copeland.

“I’ve been in the kitchen with her since I was old enough to stand,” she says.

For Hatten, it’s common to look at three or four different recipes for something she’s craving and choose what works for her. If she can’t find a recipe, she will create her own.

She had wanted to make her own croissants for some time, and she soon realized why more people weren’t doing it.

“It’s a 24-hour process,” she said. “It takes two pounds of butter and it only makes eight croissants, but to me it’s worth it,” she said. Eating one hot from the oven takes that to a whole new level, she said. When hot, the melted butter coats the bottom of each croissant. Of course, they also taste good reheated. The first batch was good. We ate them, but they were a little denser than I liked.

She said it was because her first try took more than 24 hours from mixing the dough to putting the croissants in the oven. The second batch was started early Saturday morning and cooked Sunday morning.

“Besides the investment of time and resources, another reason why more people don’t make their own croissants is because I know that when I don’t do something right the first time, it doesn’t give me want to try again,” she said. .

As for the croissants, she’s glad she made them. She added marzipan and dark chocolate to a batch. Her other major baking achievement during COVID, is perfecting a basic cake recipe given to her by her grandmother and adding the Lauryn Copeland Hatten twist.

“I love experimenting with flavors,” she said. “A blueberry and lavender cake was my brother’s favorite.”

Not all of Hatten’s cakes are a huge hit. After four attempts to bake a lavender cake for her 2020 birthday that ended up exploding, she scooped the exploding pieces into a cup and served it.