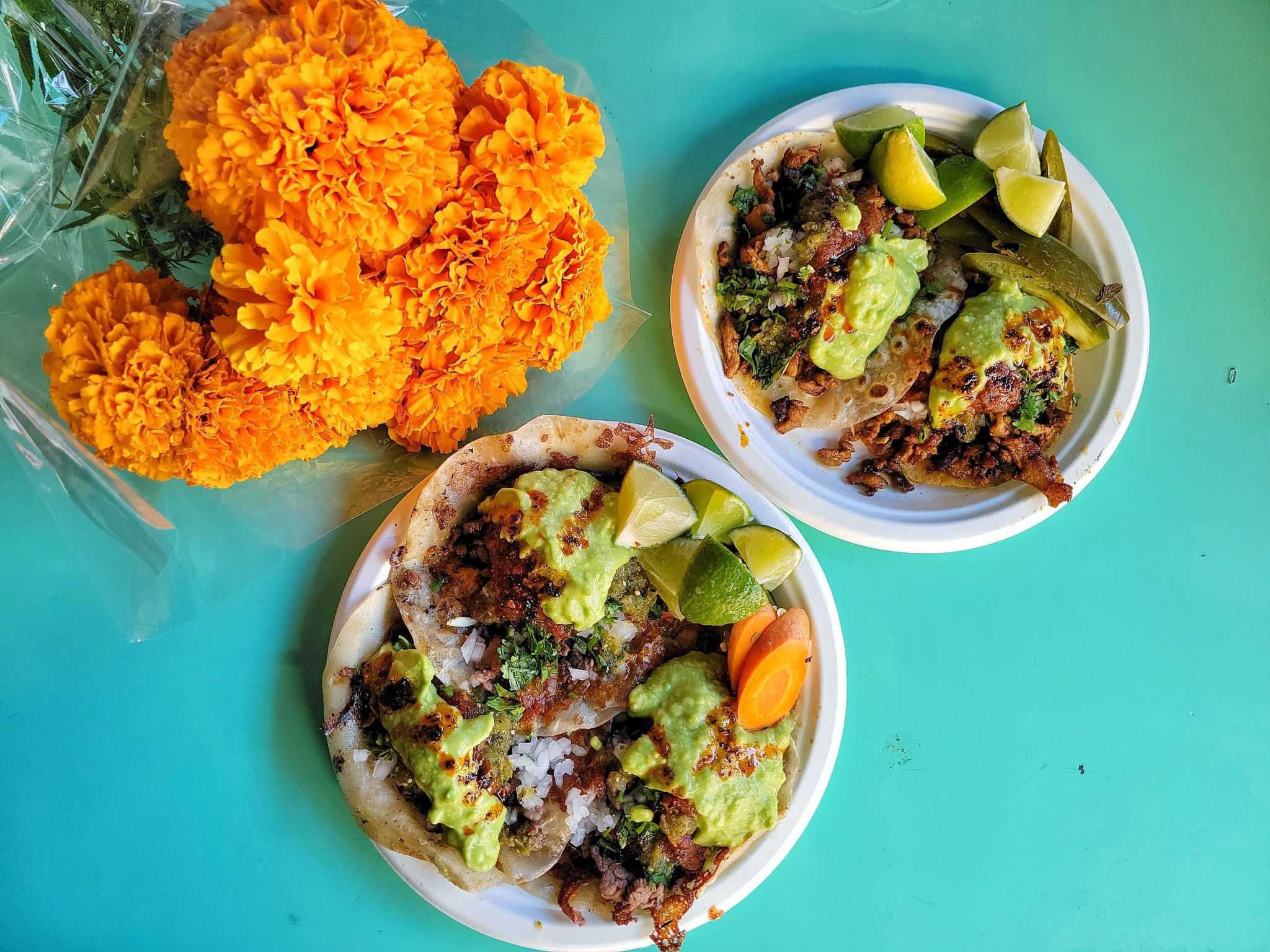 Ethiopian sambussas, flaky Jewish pastries, charcoal-grilled char siu — restaurants that have opened in the Bay Area in recent weeks offer a delicious and diverse wave of new dishes to try.

The Chronicle Food + Wine team has spent the month trying out newcomers to the region, and this vetted list is the result of those efforts. It includes a highly anticipated Malaysian restaurant, a new and improved location of an Ethiopian East Bay institution, and the first permanent home of a hit taco pop-up. A new bakery in San Francisco, meanwhile, is among the most awesome pastries the bay area has seen for a while.

There are lots of great new foods out there, so eat up. Read on for eight of the best new restaurants in the Bay Area, listed alphabetically.

Cafe Colucci’s new Oakland home is awash in the intense scent of Ethiopian spices, from berbere (the fundamental chilli blend) to mitmita (a spicy blend of bird’s eye chili, cardamom and nigella seeds). The 31-year-old Ethiopian institution reopened in this much larger location in September, with a section of the restaurant dedicated to the owners’ brand of spices, Brundo. Buy jars of spices and herbs imported from the owners’ farm in Ethiopia, or get to know them by ordering the vegan combination platter. A generous plate is accompanied by a colorful array of Ethiopian staples like comforting messer wot – sweet red lentils simmered with berbere, mitmita and bessobela, or basil leaves – and tender green cabbage. Unroll the soft, squishy rolls of sour injera and slip them into the mustard lentils and buticha, a creamy chickpea dip. Don’t miss the dentich tibs, a absurdly big pile of potato chips sprinkled with berbere and plump, meaty samboussas. The new space has a covered outdoor patio, as well as plenty of indoor seating overlooking the open kitchen. —EK

Even after only a few months, Cyrus is already one of best fine dining restaurants in the bay area. The space, a renovated prune packing factory surrounded by vineyards in Geyserville, feels ultra-modern, with design touches that echo chef-owner Douglas Keane’s Japanese-influenced California cuisine. Expect pristine raw fish, perhaps served over mashed sweet potatoes and passion fruit; soft steamed buns with soft miso butter; and a creamy mussel soup that might have you pounding the table with pure bliss. For fans of the old Cyrusa two-star Michelin destination in Healdsburg that closed about 10 years ago, this version feels like both an exciting throwback and something new. —JB

that of San Francisco new malaysian restaurant is already one of the most competitive tables in the area: There are no reservations, but you should join the digital waiting list before showing up. Chef-owner Tracy Goh, who got her start with pop-up diners and then joined La Cocina’s nonprofit incubator program, wants diners to start with inventive snacks like grain-fried chicken coated in buttermilk. a creamy salted egg yolk sauce. You should oblige, but you’ll also want to try the two main dishes: nasi lemak, coconut rice surrounded by toppings like crispy anchovies, accompanied by Goh’s remarkable sambal and a different but no less epic fried chicken ; and the laksa, a coconut curry soup packed with shrimp and slippery rice noodles, is one of the best versions in the Bay Area. Don’t miss the quietly brilliant cassava cake for dessert, which is coated in sugar and flambéed. —JB

Opened by the people behind Dumpling Home, the success of San Francisco, D&C Seafood in downtown South San Francisco is a melting pot, combining Cajun-style seafood broths (with your choice of shellfish and flavored butter sauces), dumplings and pan-Chinese restaurant dishes. like General Tso’s chicken and peppery Szechuan fish. (The name means dumplings and Cajun.) Highlights include the garlic fried soft-shell crab “tornado” (fried soft-shell crab with garlic, onions, and fermented black beans), xiao handmade long bao and juicy, boiled shrimp. The soundtrack is full of Y2K vibes; think Alien Ant Farm, Blink-182 and Spice Girls. Pro tip: Rearrange your order or the kitchen will trigger everything at once. Lots of long tables make this a great option for large groups. —SH

The Bay Area is home to many top notch sushi restaurants, but options for casual yet still superior sushi are few and far between. Enter Ebiko, a new store on Piedmont Avenue specializing in high-quality take-out sushi. A fridge is stocked throughout the day with plastic containers of super fresh rolls, nigiri and bowls of rice. Try the daily-changing omakase nigiri, which hopefully may contain chutoro, or fatty tuna belly; and lightly pan-fried and buttered salmon aburi. Raid the snack shelves for Prawn Chips and Pocky, and sit on the bench outside or take your sushi to go. Busy weekends can wipe out the fridge, so pre-order online to avoid disappointment. —EK

The Bay Area has no shortage of American barbecue restaurants, nor places to get a classic Chinese BBQ. But Berkeley’s KaoKao Grill, from the same family behind famed Oakland restaurant Huangcheng Noodle House, creates an unusual mix of the two. Char siu, for example, tastes familiarly sweet but much smokier than what you’d get in a Chinese restaurant – it’s grilled over charcoal, then smoked over cherry wood for hours. The South Asian-inspired yogurt-marinated chicken arrives succulent with crispy skin and, again, impressive smoke, plus a coconut curry sauce for dipping. The menu is short: choose your meat, accompanied by rice, and hang in there like an aubergine salad with hazelnuts enriched with Chinese sesame paste. —JB

It seems impossible to choose between chubby babka rolls, golden bourekas and flower-adorned cakes at this new jewish bakery, which is already setting up a new bar in a city known for its impeccable pastry standards. From Four Barrel Coffee partners Tal Moran and Jodi Geren and Tartine alum Kristina Costa, Loquat is an ode to the flavors of the Jewish diaspora. Don’t miss the Turkish coffee cream pie, with coffee and cardamom flavored custard, or the intensely rich salted chocolate babka. There’s a delicate gluten-free mahlab cake, flavored with the Middle Eastern spice of the same name made from ground cherry pits and draped in a sour cherry vinegar glaze. Every bite of the supremely flaky eggplant-feta boureka (a Sephardic pastry) is a delight, especially when slathered in herb zhoug and feta cheese as part of the breakfast plate. Premium espresso drinks, served in colorful ceramics made for Loquat in Mexico, are accompanied by sweet and savory halva. A retail shelf is stocked with Loquat jam, olive oils, natural wine and other goodies. —EK

After operating out of a food truck squatting next to a bar for six years, Tacos El Ultimo Baile has found a permanent home for its charcoal-fueled northern Mexico. Tacos in the Fruitvale neighborhood of Oakland. There, near the BART station, owner Dominic Prado serves smoky, tender carne asada and crisp shaved al pastor on a spit. Currently, El Ultimo Baile offers a small menu of tacos and vampiros on corn or flour tortillas, which are translucent and handmade. Customize your tacos at the salsa bar with creamy guacamole and don’t miss the deeply flavorful salsa macha. Occasionally chilaquiles and birria are specials, but the restaurant is sure to add more to the menu as it settles into the new digs. —CH

Elena Kadvany (her) is a staff writer for the San Francisco Chronicle. Email: [email protected]: @ekadvany