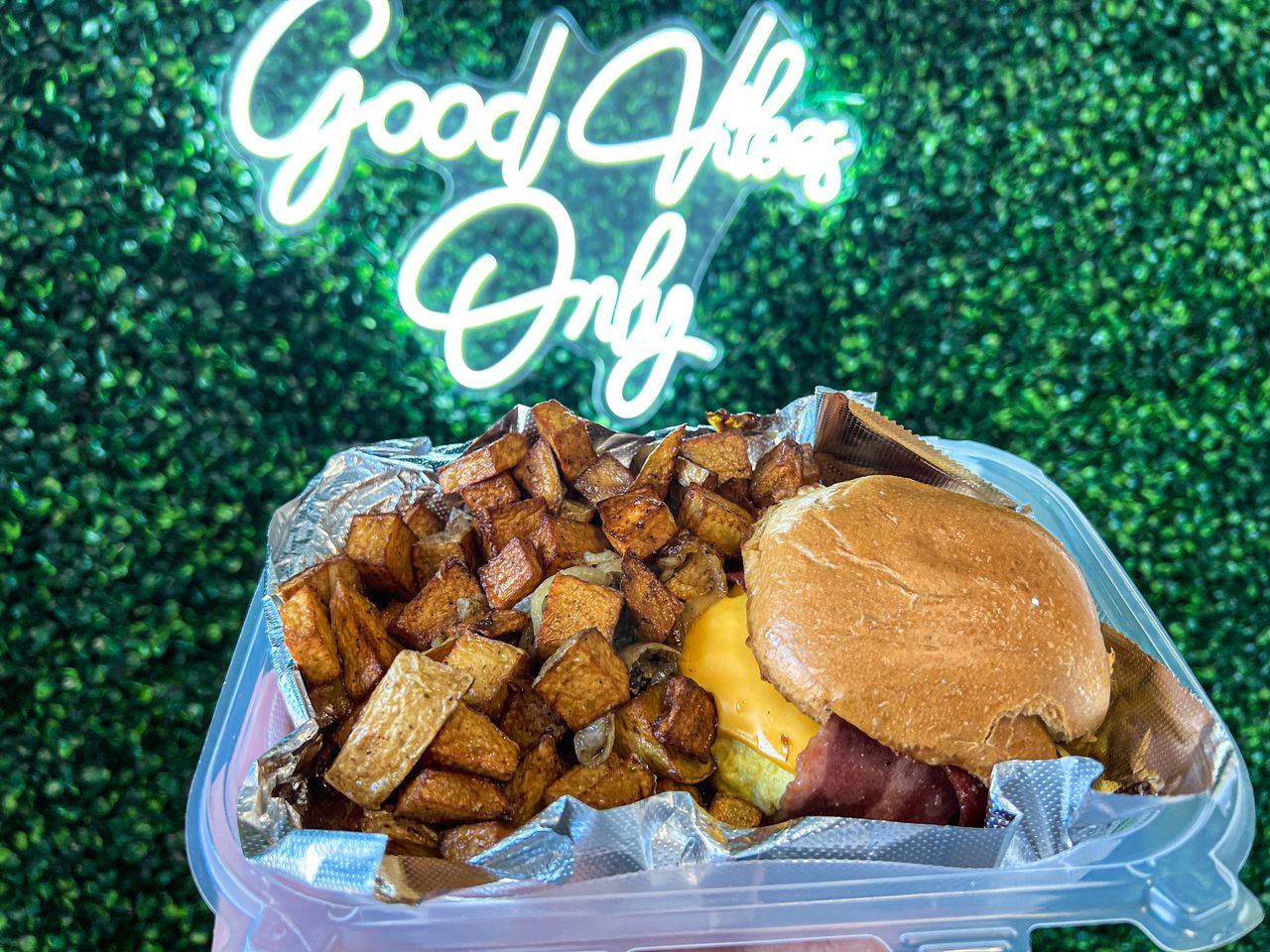 (In First look, we visit a new restaurant or bar in downtown New York to give readers an idea of ​​what to expect. Our food critics could possibly visit these places and give us their opinion, but we want to highlight what is new in our region. If you know a new place, write me at [email protected] or call/text me at 315-382-1984. If I take your suggestion, I might just buy you a meal.)

Syracuse, NY – The triangular lot where South Geddes Street meets Grand Avenue has stood alone for decades. A vacant gas station and a boarded up Salvation Army thrift store sitting on broken concrete were all that remained.

Sam Deb and his cousin, Mado Abdel, grew up in the neighborhood and grew tired of the horror. They also wished they had more dining options. The only places to eat within a few blocks were a Puerto Rican cafe and two convenience stores that sold pizza and chips.

“You’ve driven by it a million times. We all have. It was depressing,” Sam said earlier this week. “If we could turn this place into something, maybe it would spread.”

After years of running convenience stores all over Onondaga County, they decided to do something about it. The family bought the rotten gas station and got to work on a serious makeover.

They tore down all the walls inside, transported scrap trucks and rebuilt the facade and added 15 windows. They built a restaurant-quality kitchen, added beverage coolers, a 12-foot deli counter, and a hot food display.

“We didn’t want to build another convenience store for cigarettes, beer, and lottery tickets,” Sam said. “We wanted a nice place where people could get together and eat really good food.”

The Deli @ 700 opened a week ago, and it’s been stuck ever since. It’s busy for breakfast in the morning. A line forms for lunch around noon. And dozens of commuters to the Strathmore neighborhood and the city’s western suburbs join locals in the afternoon while picking up dinner.

You can have breakfast all day (and night) here. You can start your day with a simple plate of bacon and eggs, or you can refuel with a Philly cheese omelet stuffed with seasoned steak, peppers, onions and mozzarella. They will also make you an oversized French toast plate with Texas toast or with cinnamon raisin bread. You can wash this down with any of the three varieties of Paul deLima coffee.

For lunch and dinner, you can choose one of their nine burgers or design your own. They serve pasta dishes like ziti, riggies and stuffed shells. Traditional deli sandwiches and subs are constructed with Boar’s Head deli meats, cheeses and spreads. For health conscious customers, Sam and Mado have placed seven salads on the menu, each of which can be personalized.

“We’re not cheap on ingredients,” Mado said while building a turkey club during Tuesday’s lunch rush. “Boar’s Head makes the best meats and cheeses, and they cost more. It’s so worth it.

Everything sold in the store comes from local products. Geddes Bakery delivers pizza dough daily which they stretch and mix in the new kitchen. All rolls and breads are made 1 mile away at Harrison Bakery.

The 12-inch 700 Philly ($12.99): They have a few options for this classic sandwich. The regular Philly Cheese Deluxe ($11.99) is ground sirloin seared on the flat grill with mushrooms, onions and peppers before adding mozzarella. For an extra dollar, they double the steak and mix in American cheese and provolone before stuffing it into a fluffy one-foot roll. Well worth the extra cost.

The Chicken Philly is the same sandwich but with blackened cut-up chicken breast on the grill.

Chopped Cheese 700 ($9.99): You’re not going to find many around Syracuse, and Sam knows that. This sandwich is a staple at bodegas in Manhattan, Harlem, the Bronx and Queens. It is made on a grill with ground beef, onions and melted American cheese mixed together. It’s served with lettuce, tomatoes, and whatever condiments you choose on a hero roll.

For an extra $2.99, Sam will cut up a few strips of bacon and add them to the beef and cheese.

While this sub is packed with flavor, ask them to make it like the New York pros: with ketchup and mayonnaise. This makes it even more special.

This should be Deli @ 700’s signature sandwich, simply because it’s so unusual. Sure, it’s basically just a bulk cheeseburger, but it tastes so much better.

Cheesecake ($3.99): Don’t leave 700 without stopping at the dessert cooler. Cheesecakes, pies and cupcakes come from Trita Treatz, a bespoke pastry which opened a year ago in Western Lights Plaza, next to Wegmans and Burger King’s drive-thru window.

Egg and cheese sandwich with bacon ($5.99): This seemingly simple breakfast sandwich comes together quickly, but Sam and Mado put more effort into it than you might think.

Chopped potatoes for home fries spend about five minutes in the fryer before being dumped on the dish. As these crisp up, they place the buttered burger roll on the grill next to a few strips of bacon and pour in the two beaten eggs. In 10 seconds, the eggs are cooked and folded into a four-layered square and topped with a slice of cheese.

Once the sandwich is assembled, it goes into the pizza oven for about a minute to toast the outside and melt the cheese so it soaks up the meat. It brings it all together.

POINT: Ask for onions with your home fries. It doesn’t cost anything extra, but you get some extra flavor.

During last night’s rush hour, the line reappeared at 700. A customer was enjoying the Tuesday special (small cheese pizza, 10 wings, 2 liters of soda and side dish sauce for $23.99 ). A family was getting take-out quesadillas while a Syracuse policeman ordered a tender chicken sub.

“It’s been like that since we started. We hardly ever have a break,” Sam said. “It shows that people want us here. They need us here.

Dress: As casual as you want it to be.

Charlie Miller finds the best of food, drink and fun in central New York. Contact him at (315) 382-1984or by email at [email protected]. (AND he pays for what he and his guests eat and drink, just so you know.) You can also find him under @HoosierCuse on Twitter and on instagram. Sign up for his free weekly Newsletter Where Syracuse Eats here.