Following the success of his first cookbook in 2018, bakery owner Brian Noyes will release a long-awaited sequel, The Red Truck Bakery Farm Cookbook (Clarkson Potter) in August. “These are classic and hopefully familiar dishes made with simple local ingredients that taste like home,” he says.

Noyes rekindled his passion for cooking towards the end of his 30-year career as artistic director for The Washington Post Magazine, The Smithsonian, House & Garden, and Preservation. “I started making bread, pies and granola on Friday nights,” he says as he delivers them to rural stores near his farm in Orleans, Virginia.

He then trained at the Culinary Institute of America, fueled by a dream of owning a rural food business and inspired by memories of cooking with his Southern grandmother, Willmana Noyes.

Noyes opened its first Red Truck Bakery in 2009 in a refurbished Esso service station in Old Town Warrenton. Soon Oprah Winfrey, Enjoy your meal, and southern life were singing his praises and a second red truck opened to Marshall.

Beyond the pies, cakes, cookies and breads that made him famous, Noyes’ new book includes comfort food recipes like that summer classic, tomato pie.

“This pie is a marvel,” says Noyes, “best suited to the tastiest, meatiest tomatoes available.” Before cooking, drain the tomato slices on paper towels for five minutes, then pat them dry with additional paper towels.

Preheat the oven to 350°F. Place a wire rack inside a rimmed baking sheet. Dust a work surface with flour and roll out the pie dough into a 13-inch round. Fold it gently (don’t stretch it) into a 10 inch pie plate. Cut and crimp the edges. Transfer the pie pan to the fridge for 20 minutes to make sure the crust is chilled before baking.

Take the pie pan out of the fridge and sprinkle the cornmeal evenly over the bottom of the crust. Layer one-third of the tomato slices over the cornmeal. Spread half of the bacon pieces over the tomatoes. Repeat with another layer of each: half of the remaining tomato slices and all of the basil leaves, spread evenly on top, followed by the remaining bacon.

In a medium bowl, whisk together mayonnaise, eggs, cheddar, Parmesan, flour, cayenne pepper, smoked paprika and green onions. Spread the mixture evenly over the bacon layer to the crimped edges of the crust. Arrange the remaining tomato slices in an attractive pattern over the mayonnaise mixture.

Place pie on top of wire rack secured in baking sheet. Bake for 45 to 60 minutes, rotating the pan back and forth after 30 minutes, until the pie is bubbling, the edges of the crust are golden brown and the mayonnaise layer has taken on some color. Let cool 15 minutes on a wire rack before serving. If desired, garnish with more chopped green onions and Parmesan.

“Fresh rosemary or thyme complement the fillings of our quiches and savory pies, and we also add cheese,” says Noyes. “This dough freezes well.”

In a large bowl, whisk together the flour and salt. Add the butter and shortening and, using your fingers, two knives, or a pastry blender, work them into the flour mixture until they are reduced to egg-sized pieces. a pea.

Divide the dough in half and shape each half into a disc. Wrap them separately in plastic wrap or place each disc in a freezer storage bag, seal and refrigerate for 30 minutes before using, or freeze the dough for up to 1 month, thawing in the fridge for 2 hours before using it.

“For generations, this white cake has been trotted out for Noyes family birthdays,” proclaims Brian Noyes. “Attached is the darling single-layer version true to the historic family recipe, although I sometimes double the recipe to make a two-layer cake.”

Prepare the cake: Preheat the oven to 350°F. Lightly grease an 8-inch round pan (with 2-inch sides) with vegetable oil spray and evenly dust the inside with flour, tapping off any excess.

In the bowl of a stand mixer fitted with the paddle attachment, beat the sugar and butter on medium speed until light and fluffy, about 3 minutes. Stop to scrape the sides of the bowl and paddle. Add half of the egg whites, beating well to incorporate, then the remaining half. Add vanilla and beat to combine.

In a large bowl, sift together the flour and baking powder. Reduce mixer speed to low and add flour mixture in three additions, starting and ending with flour and alternating with milk, beating after each addition until just blended (do not mix too much). The batter should be creamy and smooth.

Scrape the batter evenly into the prepared pan, smoothing the surface with a spatula. Knock the pan on the counter several times to release air bubbles. Bake for 30 to 40 minutes, until a toothpick inserted into the thickest part of the cake comes out clean. Let cool in pan for 10 minutes, then carefully invert cake onto wire rack set on baking sheet to cool completely. Cut the cake as needed so it lays flat.

Meanwhile, prepare the frosting: In the clean bowl of a stand mixer, combine the egg whites, sugar and salt. Fill a medium saucepan with a few inches of water and bring to a boil. Place the mixing bowl over the simmering water, making sure the water does not touch the bottom of the bowl. Gently whisk the mixture until the egg whites are warm to the touch and the sugar has dissolved, about 5 minutes. Continue whisking until the mixture is no longer grainy. Keep the water simmering on the stove.

Return the bowl of hot egg mixture to the stand mixer fitted with the whisk attachment. Beat on medium-low speed until fluffy, about 3 minutes. Gradually increase speed and beat until stiff, glossy peaks form, about 4 minutes. Add the vanilla and beat just enough to combine. Frost the cake as soon as possible, smoothing the top with an offset spatula, while keeping the sides fluffy and wavy with swirls and peaks.

Place the chocolate in a separate bowl and set it over the pan of simmering water, again making sure the water does not touch the bowl. Stir the chocolate until completely melted and smooth, then remove the bowl from the pan. Let cool for 1 minute, then stir once to combine. You’ll want to pour in the chocolate quickly before it thickens.

Spread the melted chocolate in a large, even circle over the smooth top of the iced cake just to the edge. You can gently push some of the chocolate down to start spilling out the side if you like.

Buy a copy at The book store. This article originally appeared in the August 2022 publish. 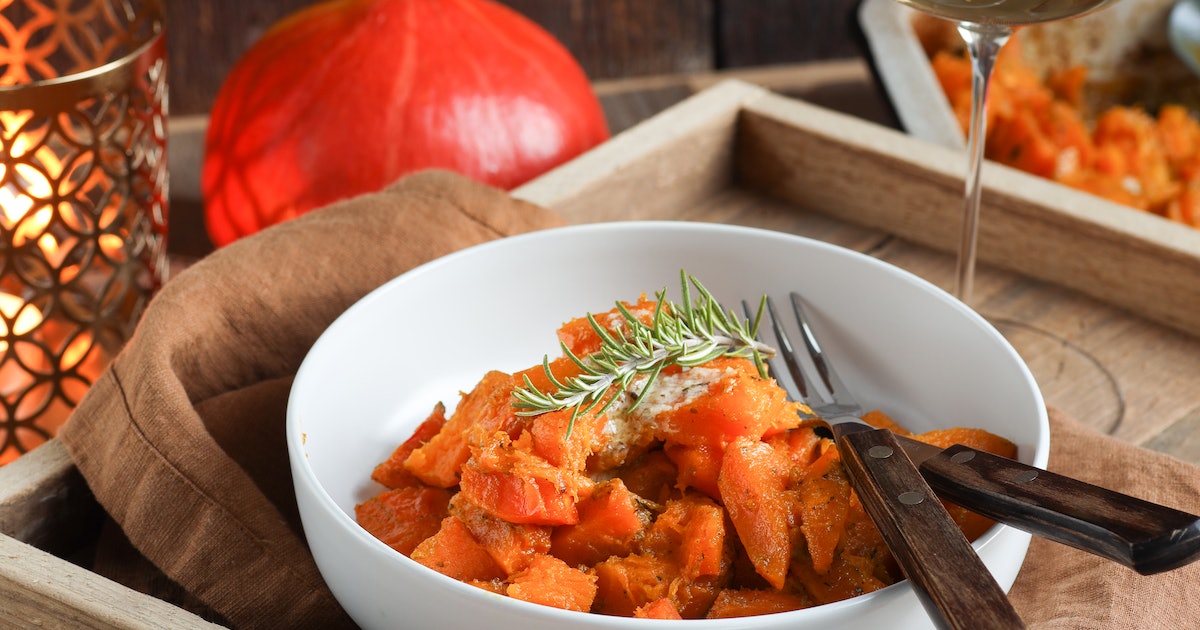 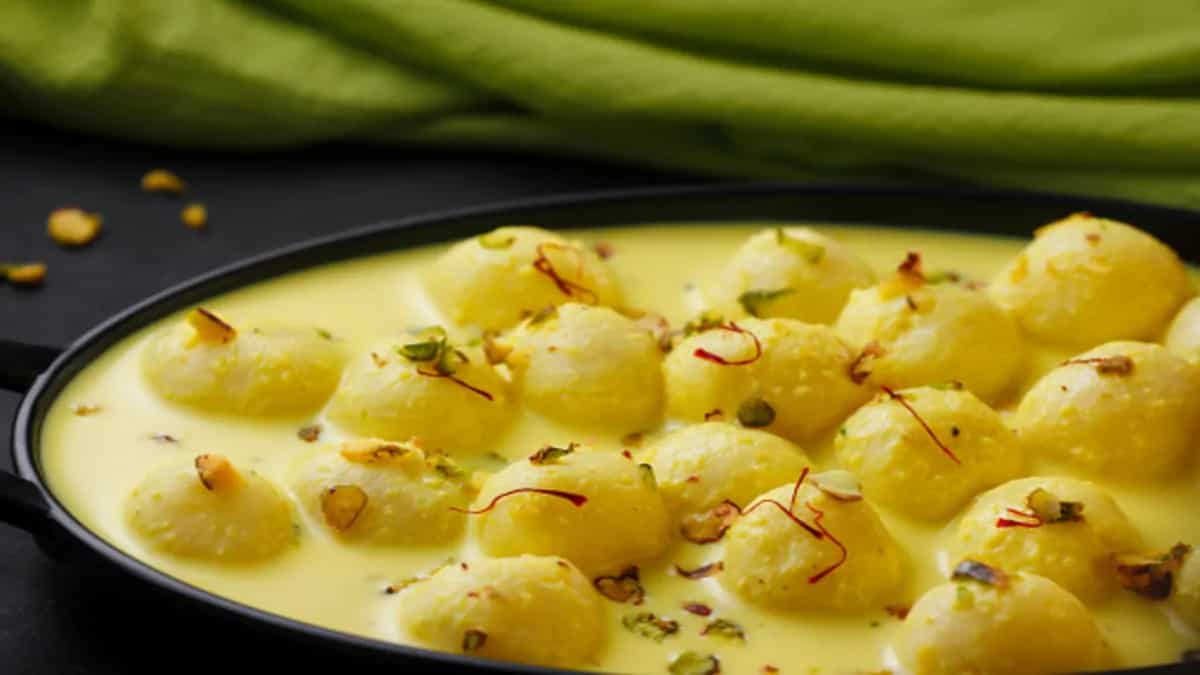