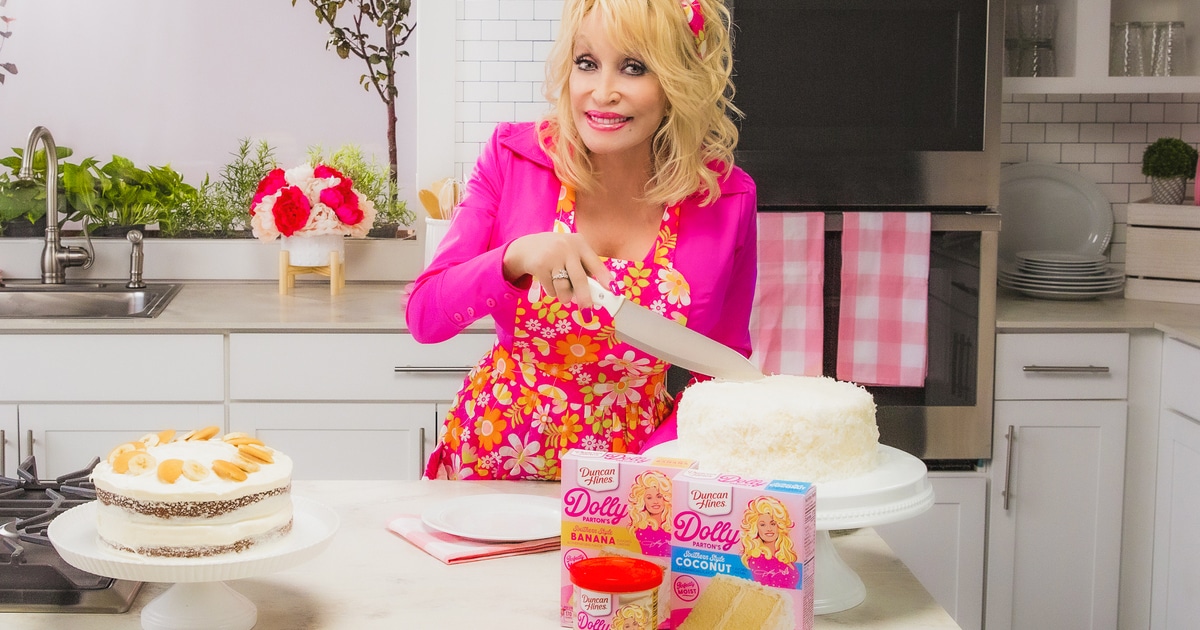 Anyone who knows me knows that I’m a huge Dolly Parton fan. Years ago, when I was working as a pastry chef at a restaurant in New York, I befriended my co-workers through Parton. One day, one of the prep cooks mentioned that he had found a copy of Parton’s long out-of-print cookbook, Dolly’s Dixie Fixin’s in a flea market. Since learning about a Dolly Parton cookbook, I had searched high and low for a used copy of mine. Unfortunately, they cost around $200 used. Luckily, boxed cake mix company Duncan Hines has come up with something even better and much more accessible for professional and amateur bakers alike.

Boxed cake mixes are my guilty pleasure. This admission may sound like profanity coming from a pastry chef, but these convenient foods have their place. I always keep a stash of boxed cake mixes at home for those times when I really want cake but don’t want to make one from scratch. Many cake mixes can easily be made vegan with the right adjustments (applesauce instead of eggs, for example). So you can imagine my excitement when Parton announced their collaboration with Duncan Hines and released two specialty cake mixes and frostings, which I eagerly sought out as soon as they hit the shelves at my local Walmart.

Parton’s signature recipes are printed on the back of both flavor blends – Southern Style Coconut and Southern Style Banana – so anyone can cook them just the way the legend intended. Granted, its ingredients aren’t vegan, but that’s where I put my professional skills as a pastry chef to good use. Here’s the not-so-hidden secret: Both of these cakes can be vegan, and you don’t need any culinary knowledge to pull it off.

Despite the fact that the American South is far from “tropical,” a classic coconut cake is firmly entrenched in southern baking culture. The beauty of making this particular vegan flavor is that the plant-based substitutions actually improve the flavor of the cake and contribute to brilliant moistness. For example, the recipe for coconut cake mix called for 1 cup of milk. This can easily be replaced with whole coconut milk, which means more coconut flavor and a richer, more tender crumb. The recipe also specifically calls for Country Crock Butter, so to stay relatively true to Parton’s recipe, use a stick of Country Crock Vegetable Butter. If you can’t find that specific brand, any vegan butter or even coconut oil should work – the latter would bring out that coconut flavor even more. As an egg substitute, I wanted to use something with a neutral flavor, so I opted for Bob’s Red Mill Powdered Egg Substitute.

According to Parton’s recipe, I baked the coconut cake layers in two eight-inch round cake pans at 350 degrees for 25 to 30 minutes, until they passed the spade test. tooth (if you stick a toothpick in the middle of a cake and it comes out clean, it’s done). Note: In the future I will be using six inch cake pans for a larger cake. Good to know if you prefer thicker slices of cake.

On creamy, dreamy icing. The box recipe suggests pairing the coconut cake layers with Dolly Parton’s Creamy Buttercream Frosting, which is also accidentally vegan. After frosting all sides of the cake, you cover the top and sides with sweetened coconut flakes. The shredded coconut adds the perfect finishing touch that binds the vanilla frosting with the coconut flavor of the cake. If you feel like it, I recommend toasting some dried coconut flakes in a skillet on the stove for a few minutes to add to the depth of coconut flavor. Plus, it makes your kitchen smell amazing. 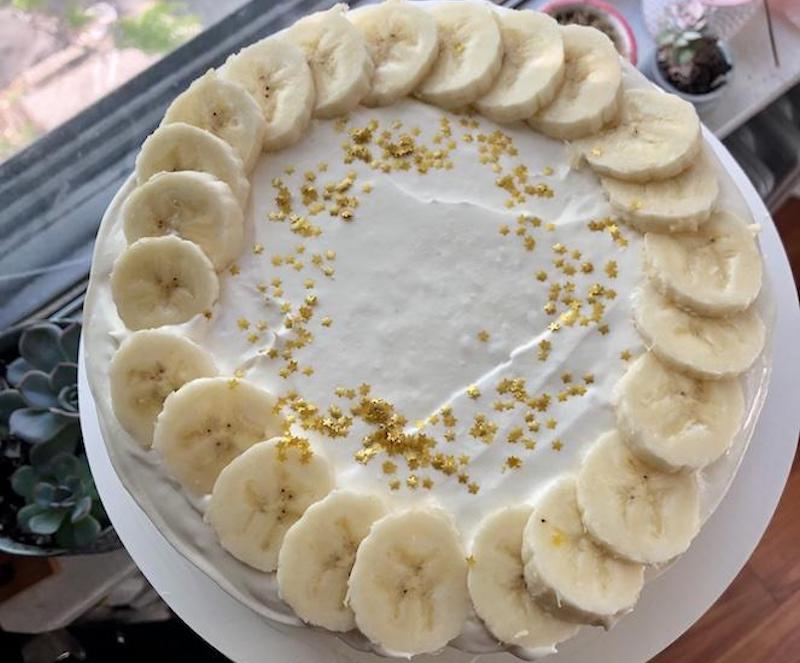 Vegetate Dolly’s Southern Style Banana Cake is a bit more of a process, but worth it. The resulting cake is a delicious combination of banana bread and banana cream pie in cake form. It will surely earn its place in your baking rotation for special occasions. Like the coconut cake, the batter calls for 1 cup milk, ½ cup melted butter and 4 eggs. Also, he needs a packet of instant banana or vanilla pudding mix. Fortunately, both Jell-O banana cream and instant vanilla pudding mixes are vegan. Instead of a powdered vegan egg substitute, mashed banana replaced the eggs in this recipe. The general rule of thumb for using bananas as egg substitutes is one mashed banana for each egg, but in this case I found three bananas worked perfectly. Again, I swapped non-dairy milk for cow’s milk and Country Crock Plant-Based Butter for melted dairy butter. The two eight-inch cake rounds bake for about the same time as the coconut cake rounds (25 to 30 minutes).

While the cakes are baking, prepare the instant pudding. Typically, Jell-O instant puddings are made by adding milk and setting aside to thicken for a few minutes. When I tried this with non-dairy milk, it never really thickened on its own, so I warmed the non-dairy milk and pudding powder mixture in a saucepan over medium heat for five to 10 minutes, stirring regularly, until it thickens into a pudding consistency. Just like you need to let your cake layers cool completely (yes, I mean completely) before frosting, you need to let the pudding cool before assembling your cake. Rushing this is sure to lead to a molten, runny mess that wouldn’t do Parton justice.

To be clear: pudding doesn’t replace frosting in this cake, it has both. The frosting recipe is absolutely heavenly, even with some major vegan tweaks. Parton’s recipe uses 1 cup cold heavy cream and ⅓ cup Dolly Parton’s Creamy Buttercream Frosting. The cream is blended into a whipped cream until stiff peaks form, then the buttercream is folded. For my heavy cream substitute, I used Country Crock Plant Cream Heavy Whipping Cream. Alternative. This was my first time using this cream and I was thrilled with how it came out, but don’t be afraid to really whip it or your frosting will come off. Alternatively, you can try Silk Heavy Whipping Cream, Nature’s Charm Coconut Whipping Cream, or make your own coconut whipping cream. Whatever you use, it’s worth taking the extra step. The whipped cream cuts through the rich sweetness of the frosting, making it light and refreshing instead of sweet.

On to assembling the cake, but first you need one more ingredient. Like the inspiration for this cake, Banana Cream Pie, Parton’s recipe calls for Nilla Wafers, which are non-vegan. I went with animal crackers from Target, but Biscoff crackers or vegan graham crackers would work just as well. To assemble this decadent dessert, you layer instant pudding, cookie crumbs and banana slices between the two cakes, frost the entire cake and decorate the top with more fresh banana slices and cookie pieces.

If you’re less concerned with aesthetic presentation or want to store leftovers easily, try assembling the cake in pint-sized or large deli containers with lids. To do this, place a layer of cut-out cake on the bottom, top with pudding, bananas and crumbled cookies, sandwich these candies with another piece of cake, then frost the top and add more banana slices and cookies. Now you have a super portable, spoonable dessert to take to gatherings or gift to the office.

So this is it. You can bake a cake like Dolly Parton, but vegan! I highly recommend the coconut cake if you want a simple and straightforward treat, but the banana cake is absolutely worth the extra steps.

Irene Dambriunas is a New York-based pastry chef and baking teacher. You can check out more of his work on Instagram at @blackmetalpastrychef. 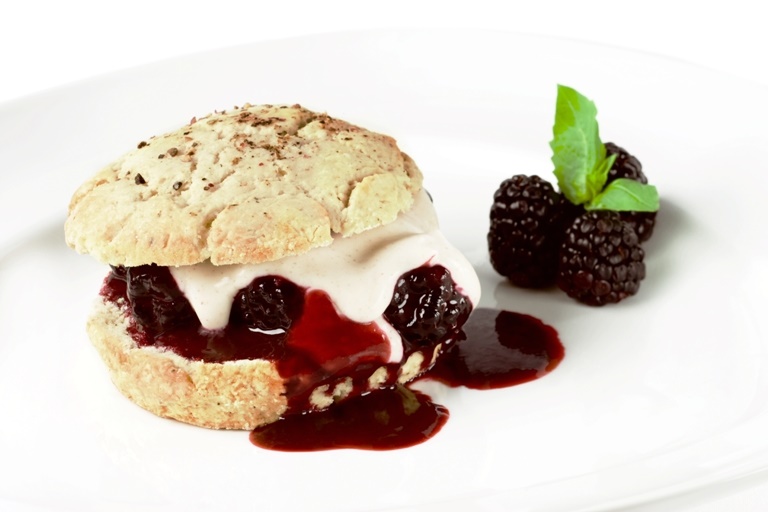 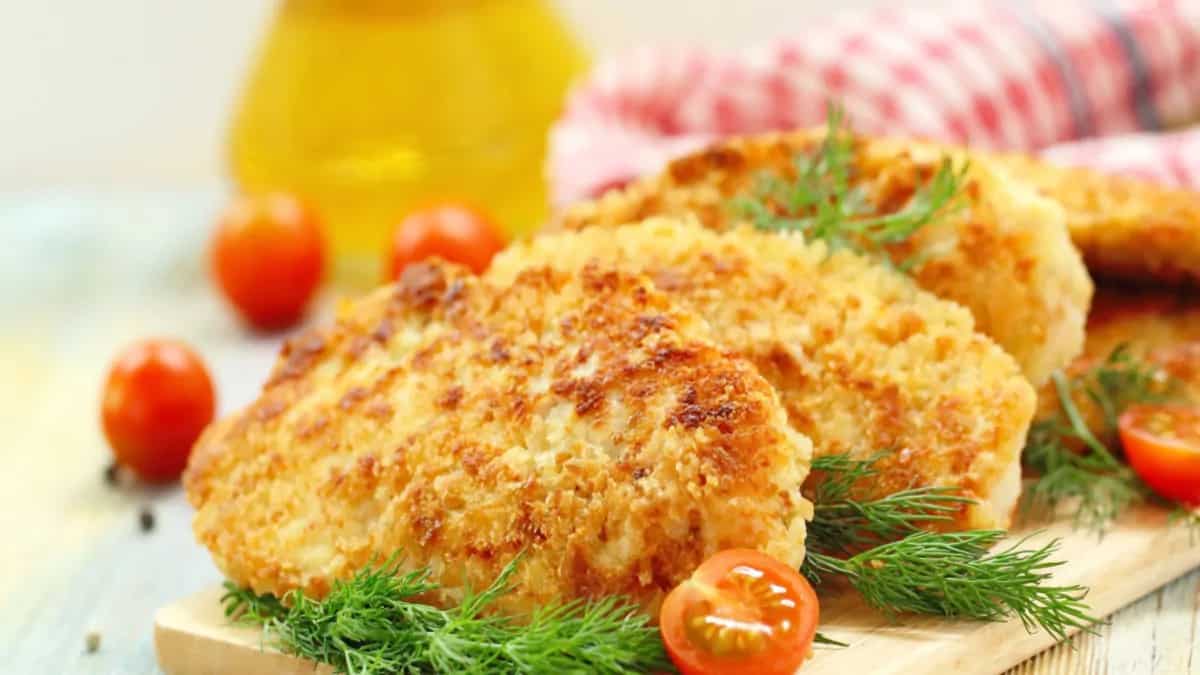