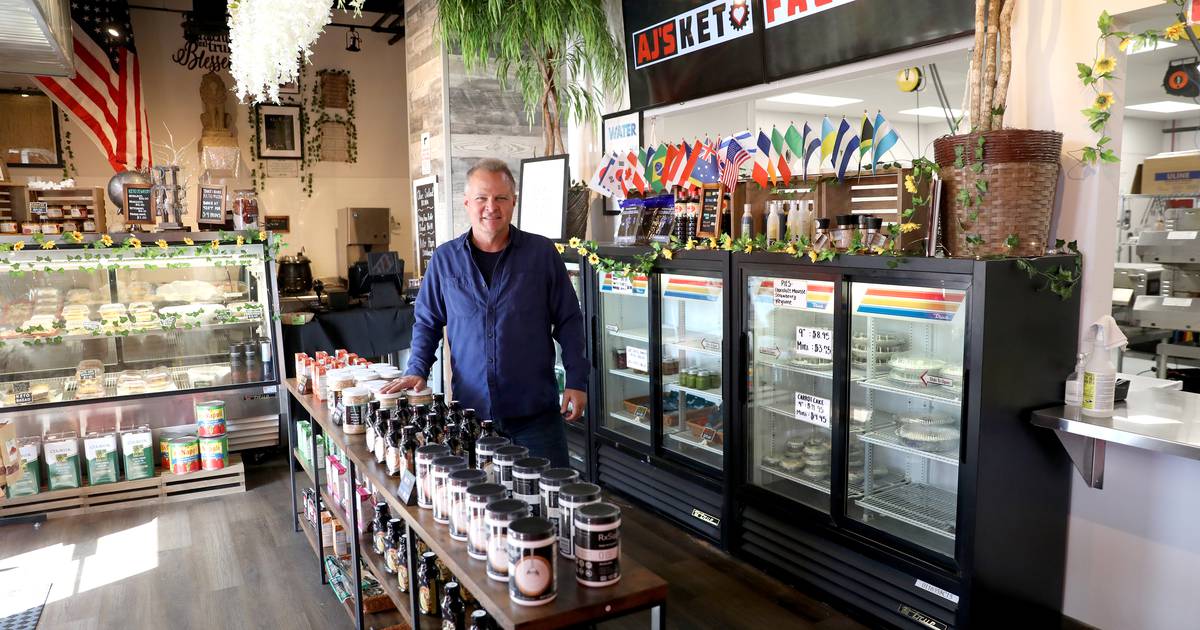 After opening its doors in the fall of 2020 as AJ Sliders, the business – located at 2075 Prairie St., Suite 110 in St. Charles near the Jewel-Osco store – recently reformatted and is now AJ’s Keto Factory.

AJ’s Keto Factory, which opened about four weeks ago, focuses on low-carb, gluten-free, wheat-free, sugar-free and soy-free foods. Keto is short for ketogenic.

A ketogenic diet is a low-carb, high-fat diet. According webmed.comthe idea behind a keto diet is to get more calories from protein and fat and fewer from carbs.

A keto diet can help a person lose more weight in the first three to six months than some other diets because it takes more calories to turn fat into energy than to turn carbs into energy.

AJ Sliders had also sold foods low in carbs and free of soy, gluten, wheat and sugar. Those who stop by AJ’s Keto Factory will find that it has more offerings than AJ Sliders.

“We’ve expanded the menu,” said owner Lance Bell, who lives in South Elgin. “We want to support people’s keto lifestyle seven days a week, not just once or twice a month.”

The company now stocks items such as snacks, cake mixes and cookies, to name a few. Sliders are always on the menu at AJ’s Keto Factory along with other freshly made selections. However, they are larger in size.

“These are meal-sized sandwiches, where you can have one and one side and you’re full,” Bell said.

Although there is no indoor seating at AJ’s Keto Factory, Bell’s other business, AJ Joint Java, located at 586 Randall Road in South Elgin, offers plenty of seating. The company is a sugar-free cafe and keto retail outlet.

“The sandwiches and the soups and the things that we create here are bought there daily,” Bell said. “You can sit at one of our tables and have a meal.”

Bell improved his own health by cutting carbs out of his life.

“It does several different things,” he said. “Fat creates satisfaction. You very rarely feel hungry on the keto diet. I only have one, maybe two meals a day. And I’ve been doing that for about 10 years. For me, noon to 8 p.m. is the only window I eat anything.

He did it because he was tired of gaining weight.

He first experimented with a keto diet 13 years ago and has been following a keto diet regularly for 10 years now.

Mario Arevalo, Operations Manager at AJ’s Keto Factory, can also testify to how switching to a keto diet has helped him improve his health.

“I was 128 pounds heavier,” said Arevalo, who lives in Huntley. “But I still have my 128 pounds of taste buds. So I want to make sure the textures, flavors and everything are what you would get in a normal restaurant. We obviously have to portion it to keep it on the keto diet and there are certain restrictions that we have to follow regarding ingredients and such. But that’s what I’m trying to do, completely change the way we look at planned meals or diet meals.

For planned meals, everything is made to order.

“Everything can be customized to your dietary needs,” Arevalo said. “We can provide anything you want. We can also provide snacks.

For Arevalo, eliminating sugar and carbs from his diet also eliminated the need for the medications he previously took for type 2 diabetes and high blood pressure.

“I’ve been in remission for a year,” he said. “The doctors took away the medicine. I don’t take them anymore. The only thing I take are vitamins.

Bell is a Christian and as such has said he wants his business to impact the world for Jesus Christ.

“We donate a lot of food to Lazarus House and just sponsored two events at Fox Valley Christian Action,” he said. “At Java Joint, we have Bible studies. I have a Bible study that meets there every Tuesday morning.