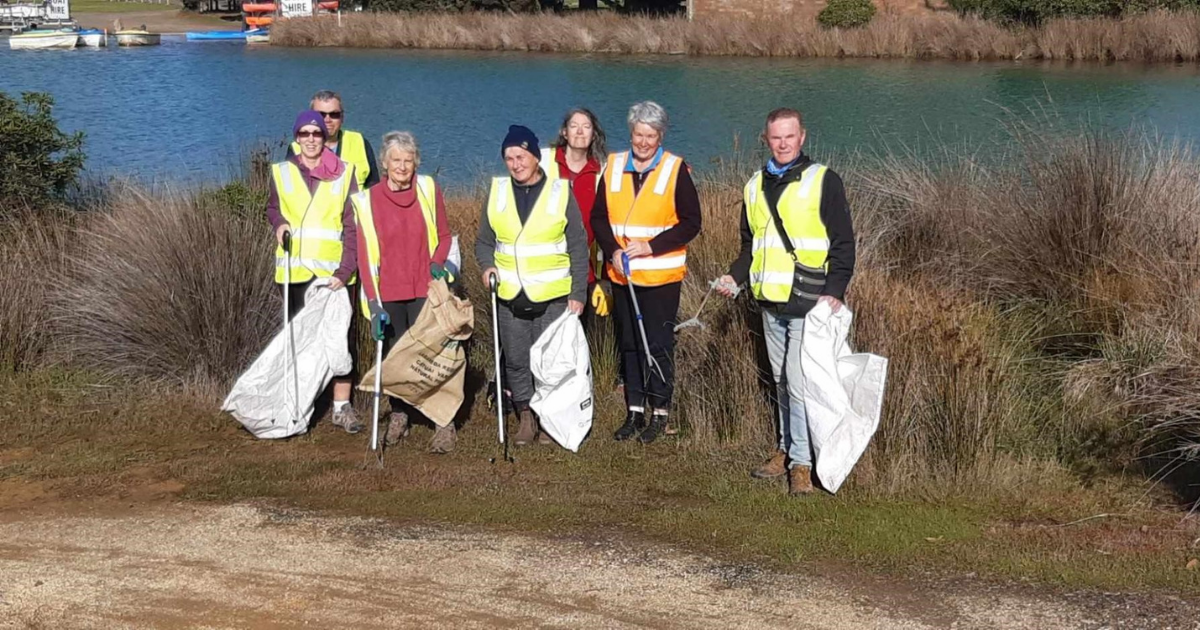 KEEPING our coasts pristine and litter-free for a year was officially celebrated by the 3230 Rubbish Rangers, with cakes and lots of litter collected to mark the occasion.

The Rubbish Ranger branch, together with Aireys Inlet and Torquay based teams, celebrated their birthday in style at Anglesea Community Gardens last week, with members enjoying the day of festivities around a warm fire pit.

“It was great to share our birthday celebrations with members of the Anglesea, Torquay and Aireys Inlet Rubbish Ranger groups at the Anglesea Community Gardens on what was a fun day with lots of laughs,” said the leader of 3230 Rubbish Ranger, John Mcintyre.

“We have made so many great friendships through our work over the past year, it was amazing to celebrate our hard work.

“Over the past year, our group numbers have grown from single digits to almost 30 different helpers each weekend.

“These volunteers range from schoolchildren to 80-year-old retirees who want to help keep the community tidy.”

After the group was put into action by Mr Mcintyre in May last year, community volunteers collected many interesting items, some of which include designer cocktail dresses and lots of boxer shorts.

“We collect all kinds of stuff, and sometimes it’s not just pastry and plastic,” Mr Mcintyre said.

“Usually we collect near the river, around the city center and near sports facilities.

“You never know what you’re going to find.”

Mr Mcintyre said the group is not just about collecting and cleaning up our beautiful coastline, but also about socializing and laughing and having fun with like-minded community members.

The group continues to be honored by the efforts of all its volunteers as well as their generous supporters including Anglesea Lions, Bunnings Torquay, Hayden Real Estate, Rusty Anchor, Bendigo.

They were also grateful for the Rubbish Rangers themed cake baked by Oaks Bakery to celebrate the anniversary.

You can find the Anglesea Rubbish Rangers collecting on Saturday mornings, with the group embarking on their rubbish mission from Anglesea Bowls Club each weekend.